The Westfjords of Iceland is often passed over by those who dare not venture too far off of Iceland’s main ring road. But it’s time for a fresh look at this remote part of Iceland which was recently named one of the 10 top regions of 2011 by The Lonely Planet, describing it as ‘an outdoor adventurer’s dream destination’. Whatever your reason for visiting Iceland, you will not lack for small but busy fishing villages, hauntingly beautiful fjords and the wild and windswept mountains of the West Fjords. 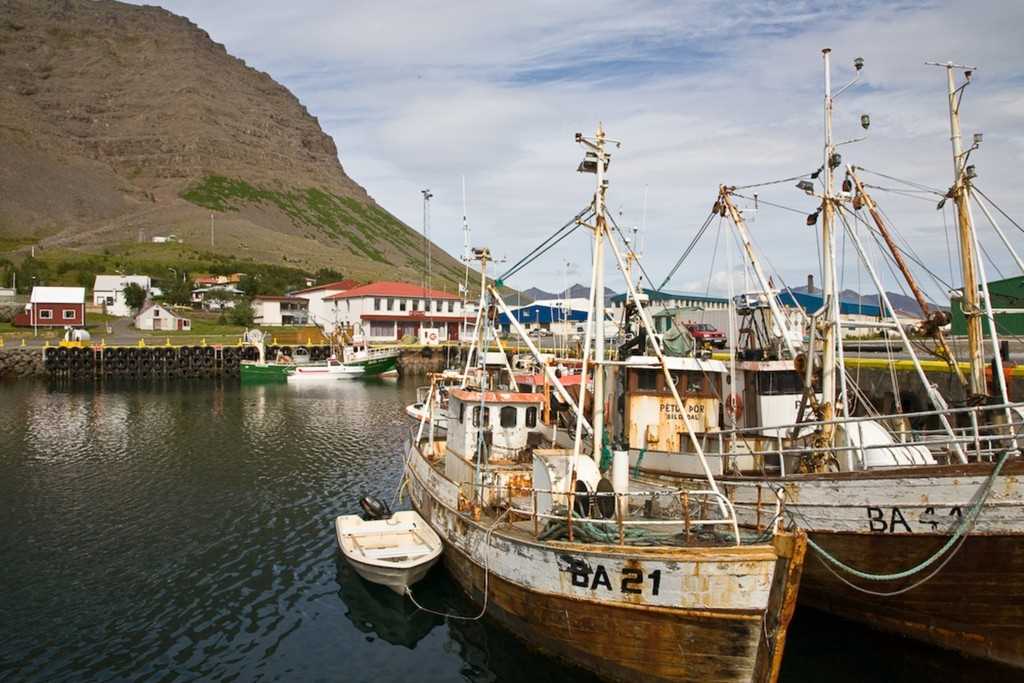 Látrabjarg
Vesturbyggð’s most famous natural phenomenon, is the ‘far west’ of Iceland and the most westerly point of Iceland and Europe. Millions of puffins, guillemots, gannets and razorbills arrive in May every year to nest on this 14 km long towering cliff, departing again around the 1st of July.

Ólaf Egillsson Museum at Hnjótur
On your way to Látrabjarg, 40 km outside Patreksfjörður, lies the Ólaf Egillsson Folk Museum at Hnjótur. For a first-hand look at life in Iceland over the last hundred years, the museum makes a perfect stop while en route to the see the puffins at Látrarbjarg. Coffee, cakes, sandwiches and ice cream are available in the cozy café located inside the museum. 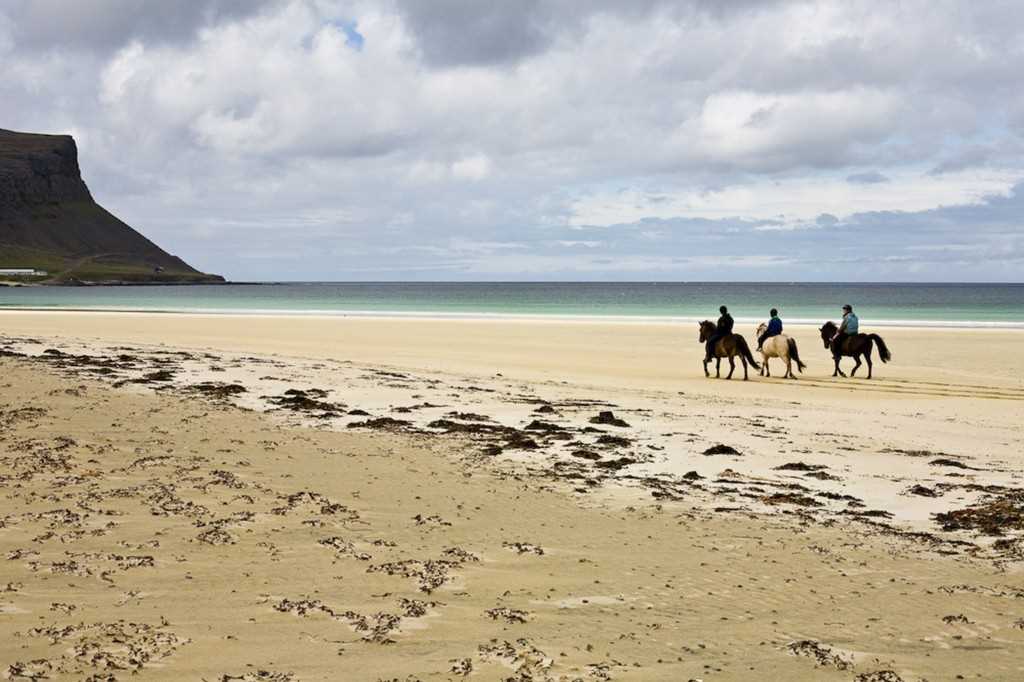 The Red Sands of Rauðisandur
While much of the rest of Iceland is renowned for its amazing black sand beaches, the Red Sands of Rauðisandur, as their name suggests, are a stripe of a different colour. Wide expanses of fine shell-sand beaches give rise to a pinkish-reddish hue that glistens magically when the sun shines. The perfect place for an exhilarating tolt on a beautiful Icelandic horse.

Samuel Jónsson, naive painter and sculptor, 1884-1969
Its an intriguing and unlikely story of a retired farmer who realised his boy-hood artistic ambitions through painting and sculpture. Samuel Jónsson spent virtually his whole retirement from age 65 until his death in 1969, tirelessly creating various naive sculptures cast from poured concrete, including a (grotesque) replica of the lions of the fountains at the Alhambra Palace, in Granada, Spain. Other items include seals, a walrus, a swan and figures from Icelandic history such as Leifur Eiriksson. Samuel even built a small church and a museum to house his paintings and sculptures. The museum and living quarters are in the process of being restored and rebuilt to serve as an international centre for artists and are open to the public.

The Pirates’ House of Patreksfjörður
The Westfjords is a place that, despite its remote location, is a brimming with things to see and do. The people of the Westfjords like to keep busy, and the Pirates’ House Exhibition and café attest to this. Dedicated to the concept of sustainable tourism, this new attraction tells the story of piracy in Iceland over the centuries, through a variety of interesting exhibits. The café offers homemade breads and cakes, locally grown ingredients for salads and light lunches, as well as freshly squeezed organic juices from Icelandic wild berries.