West Iceland and the Westfjords

West Iceland and the Westfjords

The beauty and variety of Icelandic nature is everywhere in the West of Iceland. Magnificent views overlooking mountains and glaciers, fertile regions, colourful birdlife, abundant rivers and lakes, fjords and bays, along with gushing geothermal activity. Land and history form an unbroken whole as the setting for sagas like Sturlunga, Egil’s Saga, Eyrbyggja and Laxdaela, not to mention the rich folklore and tales of adventure. Tours bring history to life as museums and historical sites abound.

The ‘Lonely Planet’ guide put Westfjords on its list of the top 10 regions of the world to visit in 2011 and the area won a ‘European Destination of Excellence’ (EDEN) award. A very sparsely populated region of Iceland, it is home to the Arctic fox, a dizzying variety of birdlife and a nature that is simply breathtaking. With precipitous cliffs that plunge almost vertically to the deep blue seas below, its multitude of beautiful fjords, its hot springs, pure streams and waterfalls, it’s a place for the nature-lover to be awed by its silence and tranquility, pierced only by the birds. The mystical Breiðafjörður bay, with its countless islands is home to all kinds of sea life and tours out into the bay will visit islands covered in birds, with some offering sea fishing. 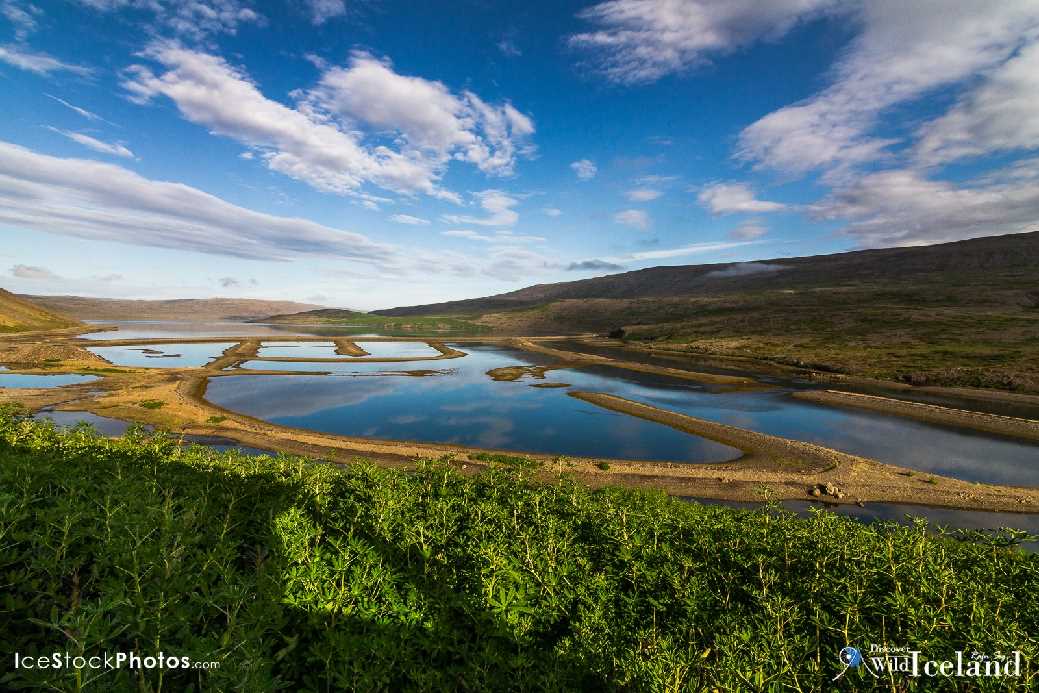 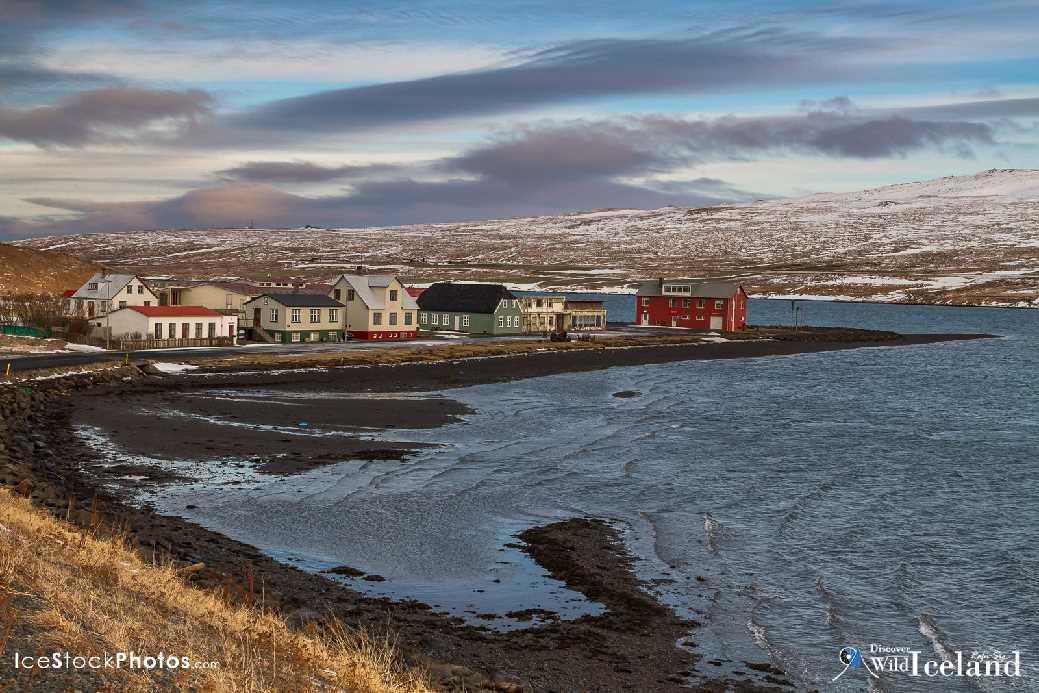 Gjögrabót is a bay in Patreksfjörður, Westfjords, Iceland. 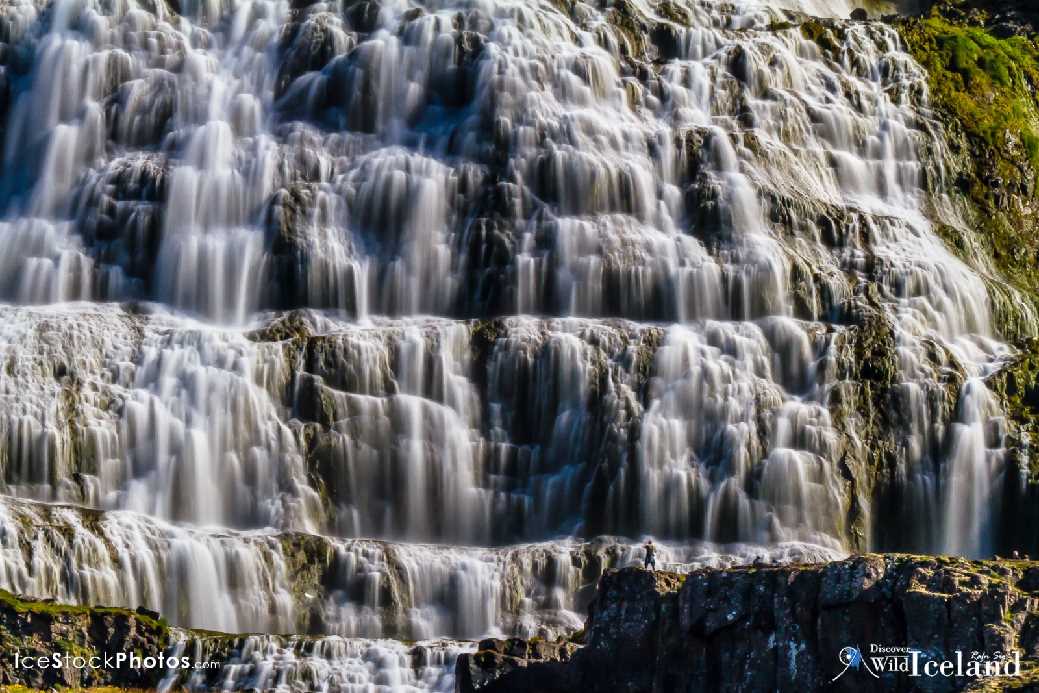 Dynjandi Waterfall, Westfjords, Iceland. Dynjandi (also known as Fjallfoss) is a series of waterfalls located in the Westfjords (Vestfirðir), Iceland. The waterfalls have a cumulative height of 100 metres (330 ft) 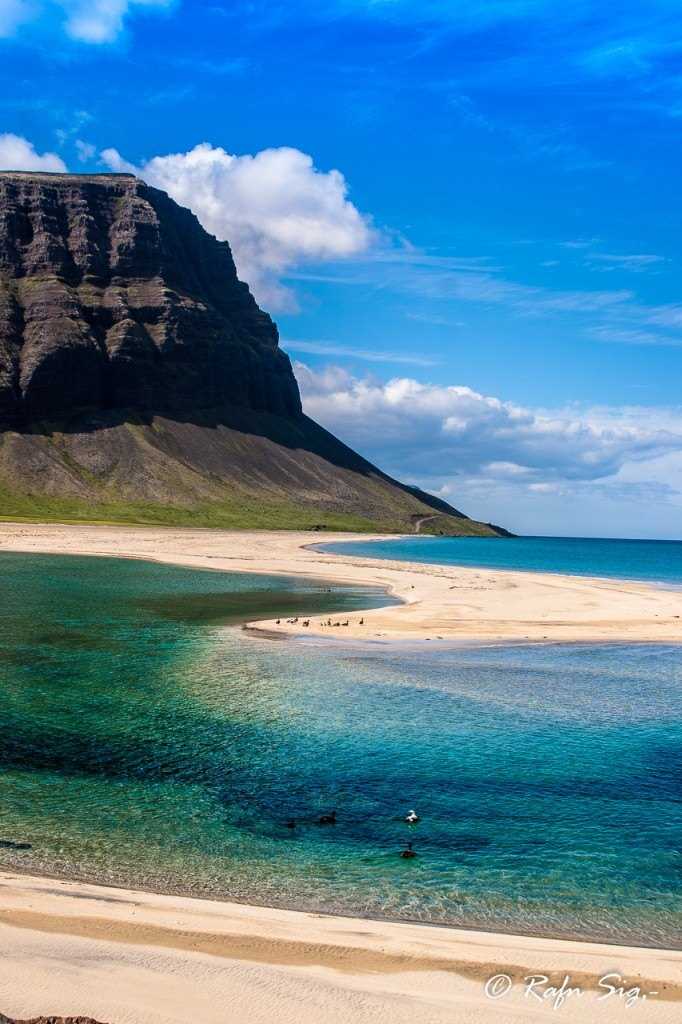 Arnarfjörður is a large fjord in the Westfjords region of Iceland. It is thirty kilometres long and five to ten kilometres wide. “Arnar” is possessive of “Örn” and so was named the first settler of the fjord..