A revolutionary tagging of Humpback whales premieres in January 2017

A revolutionary tagging of Humpback whales premieres in January 2017 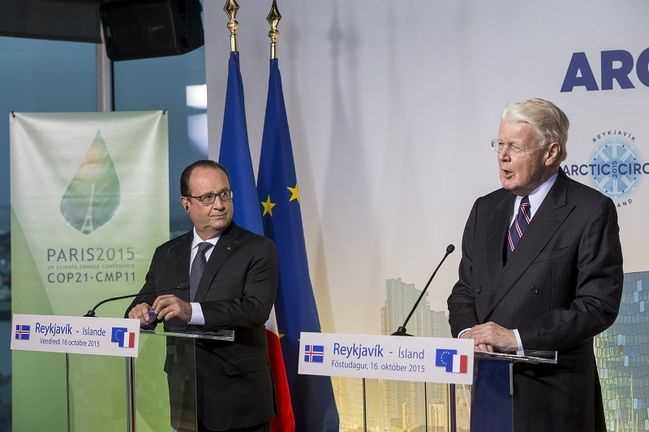 President of France, Francois Hollande and President of Iceland, Ólafur Ragnar Grímsson at the Arctic Circle Conference in Reykjavík.

In Iceland, a truly revolutionary tag is being developed that will be put on Humpback whales to allow mankind to follow these great creatures on their journeys through the oceans. Humpback whales are truly global citizens, so whales across the seven seas will gather new, groundbreaking information, monitoring the ocean for mankind. The first whales are being tagged this year but the ‘global-premiere’ of the project will be in January 2017.
This plan was revealed at the Arctic Circle Conference in Reykjavik in October last year; the largest international gathering on the Arctic with more than 1500 participants from 50 countries attended by the President of France, Francois Hollande, and President of Iceland, Ólafur Ragnar Grímsson.
The Icelandic high-tech company Star-Oddi is producing the tags for the international company Lifriki. Star-Oddi, which is a leading international company in the tagging of animals on land and sea, was founded in 1985.
Lifriki was founded in Iceland around the tagging concept, with offices in Iceland and Denmark and has now become a global company.

The wonders of the ocean
Data from the tags on Humpback whales will teach mankind about the wonders of the ocean as they travel through the deep on their migration between their feeding and mating grounds — basically from the polar areas to warmer climates, travelling enormous distances.
The public, including schoolchildren, will be able to follow their whales. In doing so, the whales will connect mankind to their underwater worlds, their lives and relationships. As a result of the groundbreaking tags, it will be possible to join the whales on their trans-boundary adventures.
In an age of endless information, it is hard to believe that there are places in the world which man knows virtually nothing about. Yet close to 95% of the world’s oceans remain unexplored. Though explorations have taken man to the moon and mankind continuously strives to explore more of the universe, the oceans remain relatively unknown. 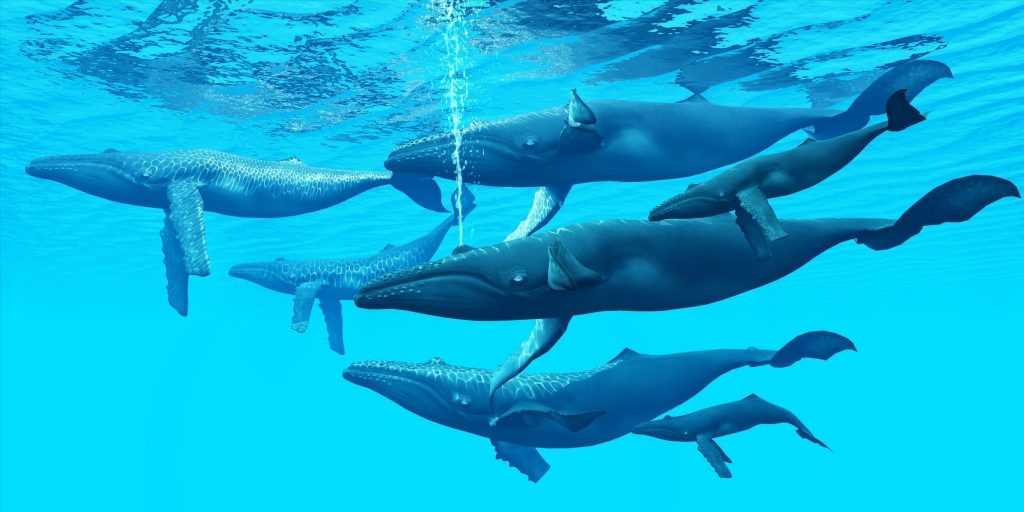 The Humpback whale is a very social aquatic mammal that gathers in large groups.

Invaluable insight into the ocean
The tags will revolutionize tagging of the great whales. “Humpback whales are big animals, but the tag is relatively small. The tag will not hurt the animal. We are very conscious of the health and welfare of the animals, and the tags will not be invasive or harmful nor will the whales be influenced by the tags as they will not have any effects on their swimming,” says Sigmar Guðbjörnssson, CEO of Star-Oddi.
“If we can follow a whale for more than a year, it can give us invaluable insight into their lives, their behaviour and why they are in a particular area. It will also give us 3-dimensional surroundings which are full of animals and geological features,” says marine biologist Edda Elísabet Magnúsdóttir, head of Lifriki’s scientific team. “The possibilities are virtually limitless and the project promises so much from a scientific standpoint.” 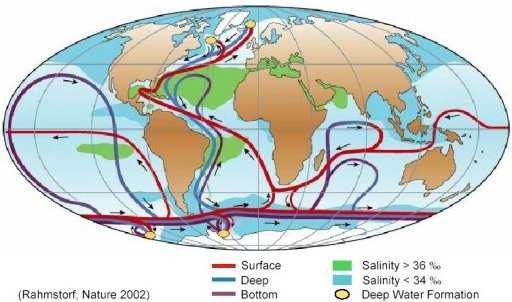 For science, education and games
The focus in the first phase of the project is on the North Atlantic Humpback population in the High North, around Iceland, which travels down the Atlantic to the Caribbean Ocean, where the female animals give birth to calves. As the Humpback whales migrate, Lifriki’s creative team, led by scientists, educators and game designers, will turn the raw data from their journeys into an enchanting educational gaming experience, as well as a unique scientific project.
People around the world will be able to observe the movement of whales across the oceans in addition to the ground breaking information that will be available to schools across the globe. The Icelandic Directorate of Education is working on educational material for school children with Lifriki, and educational material is also being produced in Denmark and Finland. Discussions are ongoing with educational authorities in the Nordic and Baltic countries: Finland, Denmark, Sweden, Norway, Iceland, Lithuania, Estonia and Latvia, to bring the educational material into both the school system and every home.
Interactive educational games allow people to follow their whale on its migration, learning about the ocean, having fun, and creating memories that last. There is so much that is still unknown about the oceans and the great humpback whales that people around the world will have the opportunity to make scientific discoveries alongside experts, as the information will be accessible to all. 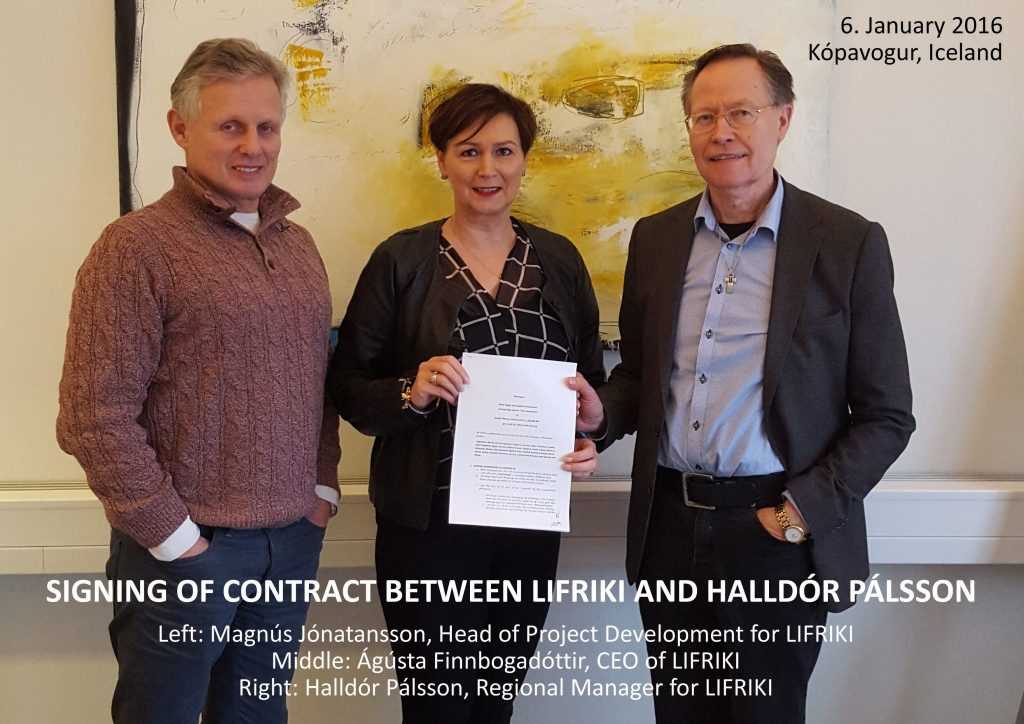 Only 5% of the ocean explored
As mentioned earlier, it is estimated that only 5% of the ocean has been explored. This leaves 95% for further exploration. Lifriki has ambitions to contribute to further development and exploration of the ocean. The project has already several significant and important partners, including the Danish Meteorologic Institute (DMI), which will receive the ocean data on the behalf of Lifriki, and use it for weather forecasting. It is predicted that the data will revolutionize weather forecasting methodology.
The data will also be made available for whale science, oceanographic research, to businesses and to develop apps/games based on the data. One of Lifriki’s key issues is to generate increasing interest, knowledge and awareness about these great ocean animals and the oceans in general.

Benefits to the scientific world
Iceland’s Minister of Fisheries, Sigurður Ingi Jóhannsson, believes that the project is likely to give an unparalleled view of the sea and the opportunity to monitor the ecosystem to benefit the scientific world.
As the world is mostly covered by ocean and given that water is 1000 times denser than air, the ocean’s ability to transport energy far exceeds that of the atmosphere. It is therefore the ocean that dictates the climate globally. It is the oceanic transport of heat from the equator to the polar regions that ensures that the equator does not overheat and that the mid-latitudes are kept relatively warm. This affects global warming and is influencing the change in the deep water formation in the ocean.
“Deep water forms are the same areas that are frequented by whales. It is our hope that the whales will know better than we do where deep water formation is occurring and hopefully, through their presence and their dives, help us to track both the deep water formation process and the deep ocean currents – and in that way help us to better map and understand these natural phenomena that are so important to our planet and to our lives,” says Peter Skovgaard Rasch director at DMI. 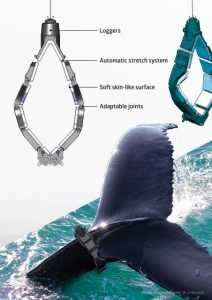 International partners
Google and the World Wildlife Fund are supporting the project. Google is mapping the ocean — and will make it available in GoogleOcean in much the same way as GoogleEarth. Jenifer Austin, head of Google’s ocean program, is a strong supporter of the Lifriki project and believes it is “…creative, innovative and will benefit not just the whales, but humans who love them.”
Other partners include Danish Cape Copenhagen, a digital product design and development firm operating out of Copenhagen, Denmark, who have produced approximately 50 games for the web, mobile, PC and Mac – counting among their clients Lego, and an extraordinary result of top ten games in 39 countries.
The Icelandic multi-media company Gagarin creates interactive media solutions that allow people to experience the whales on screens across the world. Gagarin has worked with museums, companies, municipalities and institutions in showrooms and visitor centres worldwide.
The Danish Foreign Service, through the marketing divisions of its embassies around the world, is working to bring the adventure to the international audience.