North of Ísafjarðardjúp lies Aðalvík bay, open to the sea. The mountain Ritur marks the southern end of the bay, while to the north Straumnes rises, steep and majestic. The wreck of a ship, Goðafoss, which ran aground in 1916, may still be seen on the shore. Above the bay is extensive lowland, much of it verdant and picturesque. Several valleys lie inland between the mountains, the southernmost being Staðardalur. In this valley is Lake Staðarvatn, where a water-horse, or kelpie, is said to reside and play various pranks. By the lake stands a farm named Staður, a church site. On the shore by Staðardalur is Sæból, formerly a fishing centre, where a village existed at one time. Another fishing hamlet developed at Látrar, at the northern end of Aðalvík. Aðalvík was once quite densely populated, like other places in the Hornstrandir region; people lived by forming and fishing, and also exploited various other resources. Today, however, the place is deserted – the last inhabitant left in the middle of the 20th century. Yet many houses remain standing and are used by their owners in the summertime. Although Hornstrandir is for off the beaten track – mainly accessible by sea – the region attracts growing numbers of tourists, who are drawn by the magnificent natural environment. One of the many buildings that remain standing at Aðalvík is the church of Staður, a handsome edifice with a vestibule, tower and choir loft.

In past centuries many renowned clergymen served the parish of Staður in Aðalvík. One of them was Snorri Björnsson, generally known as Snorri of Húsafell, in reference to the parish where he later served. He spent 16 years at Staður in the mid 18th century. He was believed to have supernatural skills, which came in useful in his relations with the Hornstrandir folk: Snorri generally got the better of them in such magical tricks.

A story told of Snorri when he was at Staður says that the pastor was once doing some carpentry down by the sea, while nearby a neighbour, who had supernatural skills, was also doing carpentry. This neighbour was carving runes into a rod of wood, of such a nature that anyone who read the runes would go blind. He threw the rod into the sea and let it drift to where the pastor sat. The Rev. Snorri was unaware of the trick, read the runes and immediately went blind. But Snorri was a fine poet and in this situation he made use of his poetic skills and made up verses to regain his sight. Then he scraped all the runes off the rod, flung it back in the sea, and said: “Go back to your master and you shall cause his death, if he intends to use you for evil purposes again.” The farmer saw the rod and grabbed it. He planned to carve it with such powerful runes that the pastor would die. But the knife slipped off the rod and into the farmer’s chest, up to the hilt. With this the farmer died, and so he got his just deserts for his attempt on the pastor’s life. 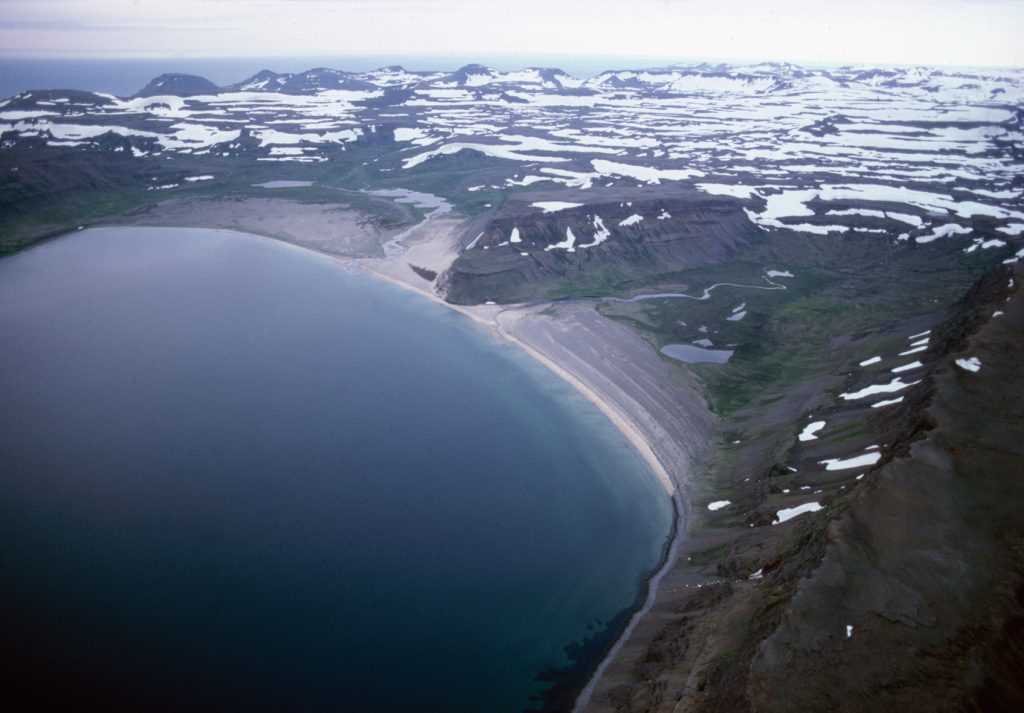 The Rev. Snorri was succeeded at the parish by the Rev. Vigfús Benediktsson, who remained at Staður for 18 years.  According to folklore, he was subjected to sorcery by some of his parishioners, but fortunately he had a wife who knew how to respond. The Rev. Vigfús first served the parish of Staður in Aðalvík. There were many sorcerers in the congregation, who were opposed to the pastor. One Saturday the pastor went with two brothers by boat out to an island with their lambs. When they reached the island they put the lambs ashore to graze. The pastor disembarked but the others stayed in the boat. When the pastor returned, the brothers had gone with the boat and left him behind alone. The pastor’s wife was named Málfríður. She was an intelligent woman, who knew many things and was said to have magical powers. She came down to the sea when the boat arrived and asked the brothers where Vigfús was. They told her he was writing his sermon for the next day, and smirked. She replied that it was quite possible that he might address them tomorrow. Then they went their separate ways; the brothers went home and thought no more of the pastor.

Early the following day the same brothers came to church. When they entered the church the pastor was standing before the altar. He preached a fierce sermon over them, which they well deserved. After Mass Málfríður said to them: “Now you have had the sermon you need, and it serves you right.” They answered that they had not yet thanked the pastor for the sermon, but they would do so another time. And all summer they never came to church, until the first Sunday of the winter. One of the brothers was a married man and sat in the choir, while the other was unmarried and sat in the nave. The pastor’s wife saw that they were continually smirking at each other, and as soon as the pastor stepped into the pulpit, both brothers walked out. Some time passed. When the pastor was in the middle of his sermon, Málfríður called out to him: “Fúsi, go out; the sooner the better.” The pastor immediately stopped the sermon and walked out of the church and up above the churchyard. He saw one of the brothers heating a pot, while the other was writing some magical runes. The pastor came up to them and made to empty the pot, but his wife had arrived by this time and stopped him. She took the pot and poured the contents over the head of one of the brothers, then threw the pot at the other and both fell down dead. Málfríður said afterwards that it was as well they acted at once, for the brothers had intended to kill the Rev. Vigfús in the pulpit with their sorcery. While the Rev. Vigfús was pastor of Aðalvík, he was constantly at loggerheads with magicians and in the end he had to leave, for his life was in danger. When he served in Austur-Skaftafellssýsla (at the other end of the country ), his old parishioners were always sending ghosts to plague him, but his wife could always turn them back and ensure they did not harm him. The Rev. Vigfús said that all these spells would be the death of him if he lived longer than his wife. But it did not come to that, for she survived him and died peacefully in old age.