Where and when to watch birds in Iceland 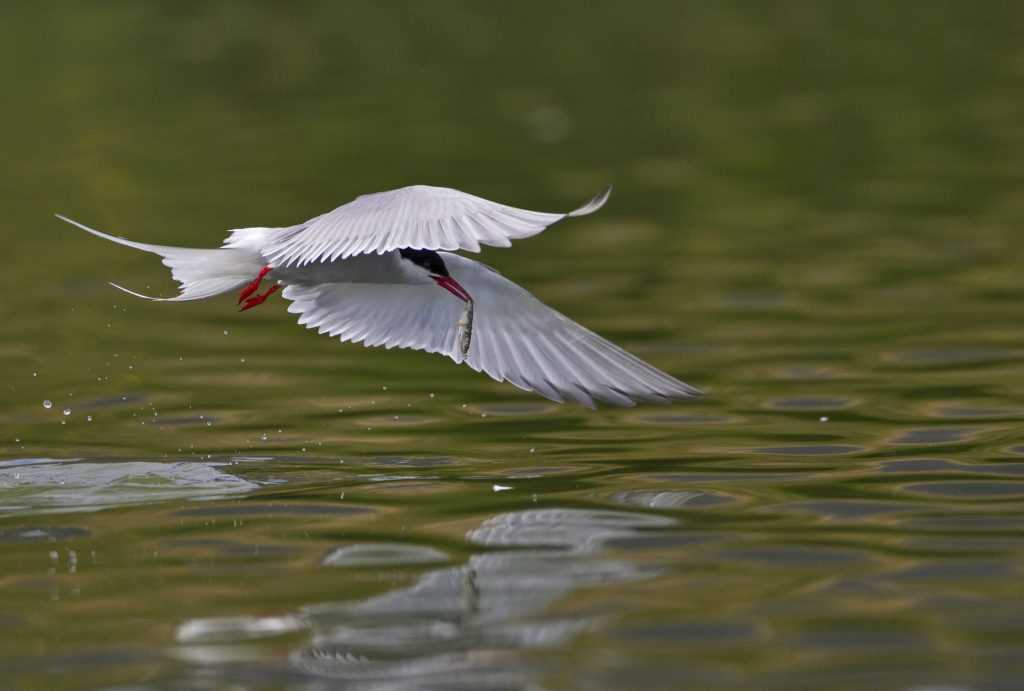 Top sites: You don’t need to go far to watch birds in Iceland as there are good birdwatching sites almost anywhere, even in central Reykjavík. Among the places most regularly visited by overseas birdwatchers are the Snæfellsnes peninsula in western Iceland, the vast sea-cliffs at Látrabjarg in the West Fjords, the Flói Nature Reserve in southern Iceland and the Vestmannaeyjar archipelago off the south coast. Perhaps the most famous birdwatching site in Iceland, however, is the Mývatn-Laxá area in north-east Iceland, where more species of duck breed than anywhere else in Europe, 14 species in total, in addition to numerous other species. However, birds can be found throughout the country and the best areas are often close to water. This is especially true in winter, when birdwatching on the coast is almost always more rewarding than inland. Many European birdwatchers are particular keen to see Iceland’s “Big Four,” i.e. Harlequin Duck, Barrow’s Goldeneye, Gyr Falcon and Brünnich’s Guillemot, all of which are relatively easy to find at the right time of year or in the right areas. 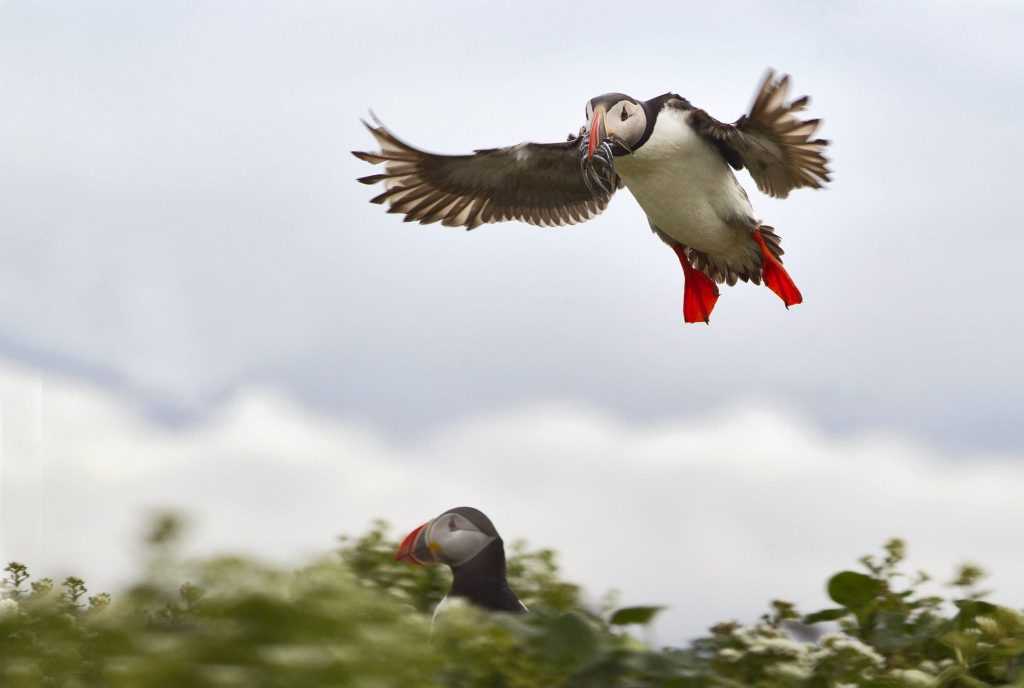 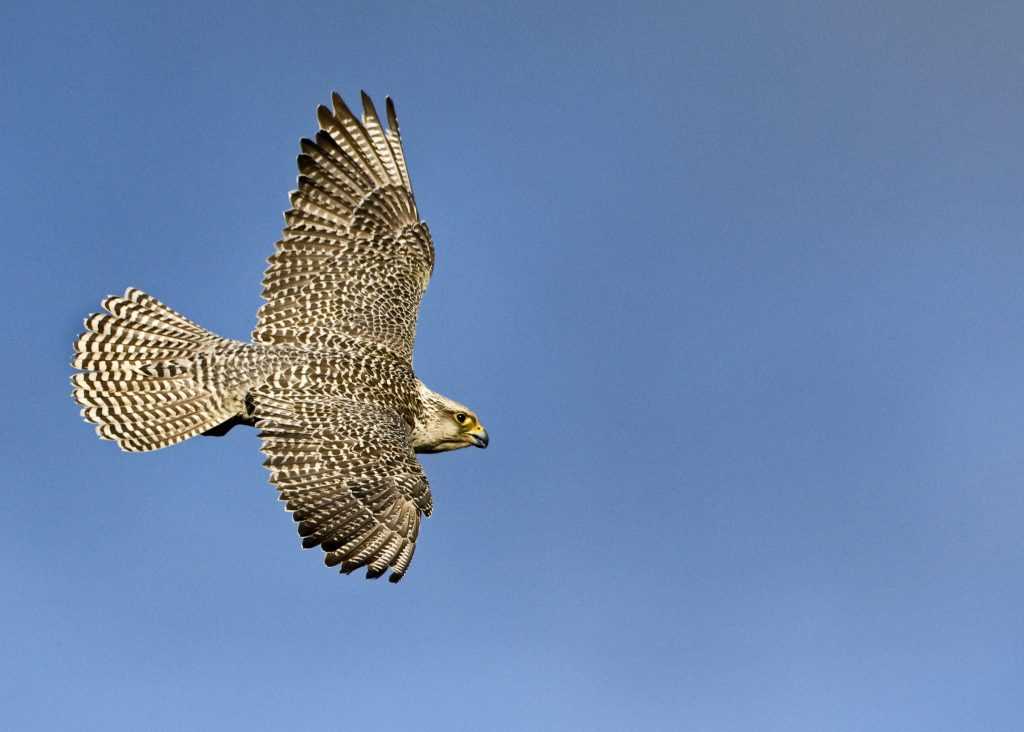 Another popular bird is the Atlantic Puffin, which is best seen in the Vestmannaeyjar archipelago, the islands of Breiðafjörður bay, the cliffs at Látrabjarg or in Borgarfjörður eystri. 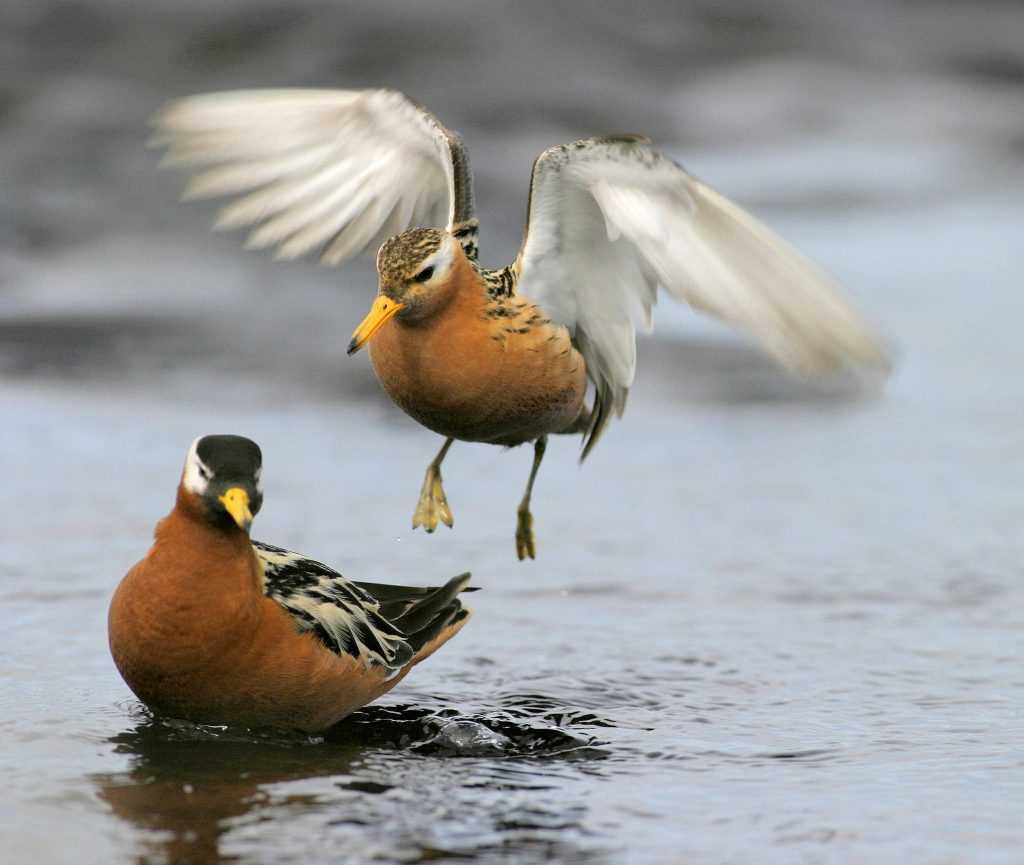 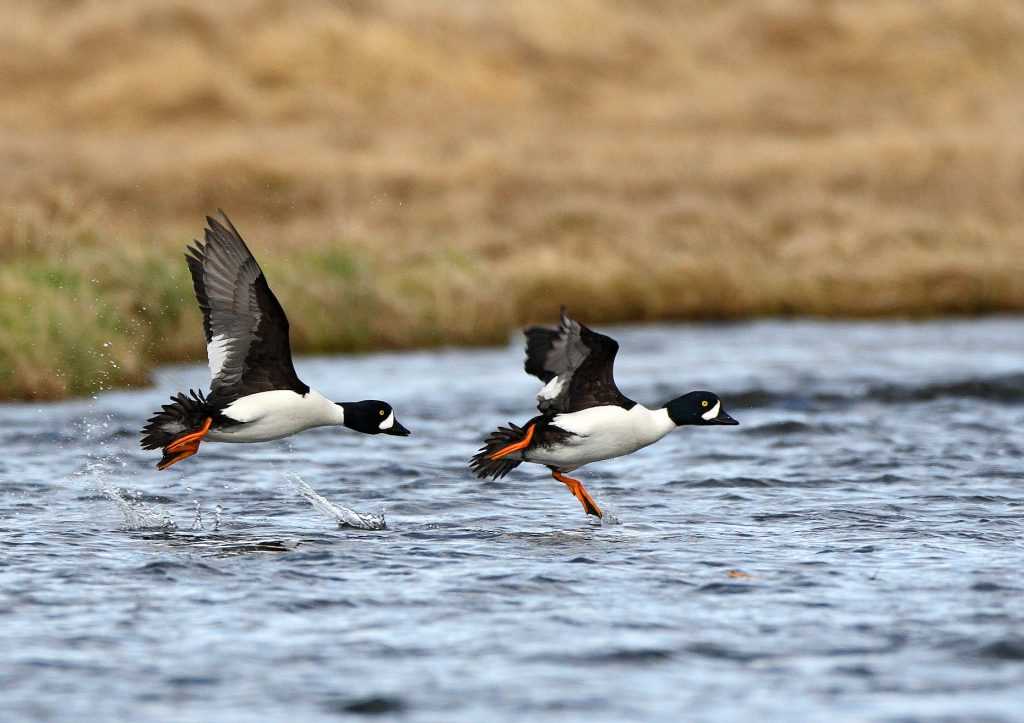 When they can be seen
Birdwatching is an all-year activity in Iceland. The best time of year, in the view of the author, is from mid-April to the end of June. Spring migration is at its peak from mid-April to mid-May, when the nesting season begins. This peaks in June, and peters out in July. Autumn migration lasts from late July until the end of October.
Coastal seas, especially off the southwest, are relatively warm due to the influence of the Gulf Stream, while inland, some bodies of water remain unfrozen throughout the winter due to geothermal springs or spring-fed rivers, and so Iceland’s winter birdlife is quite varied. 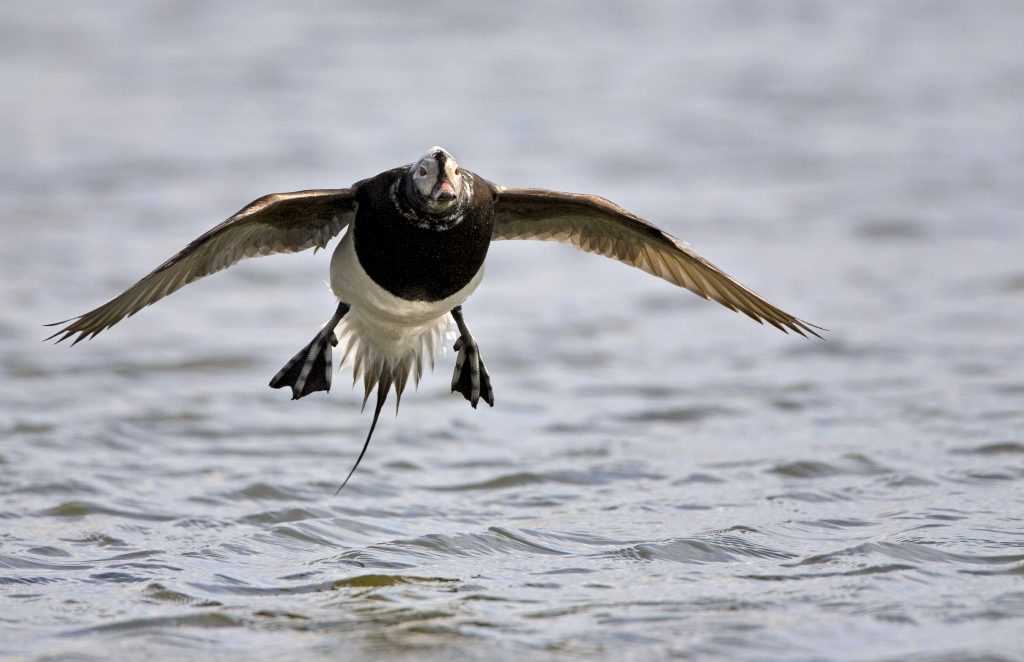 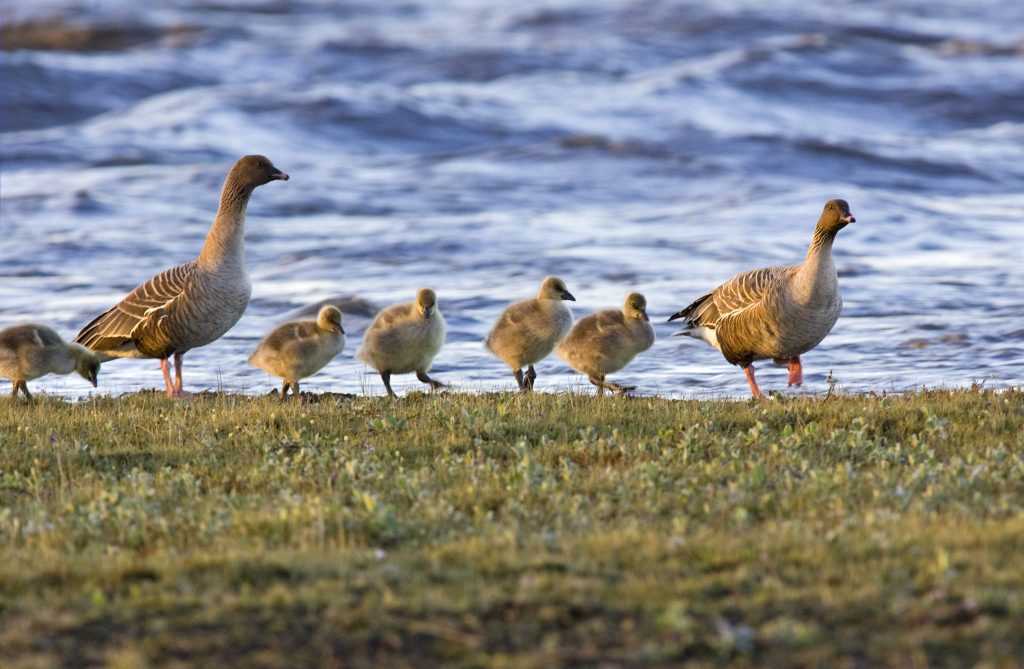 The origins of Iceland’s birds
Iceland’s flora and fauna is largely European (Western Palearctic) in origin. Several species, however, have colonised the country from the west, and Iceland can therefore said to be the meeting point of east and west. Iceland furthermore marks the southern breeding limit for several species and the northern limit for several others and, as such, is also the meeting point of north and south. 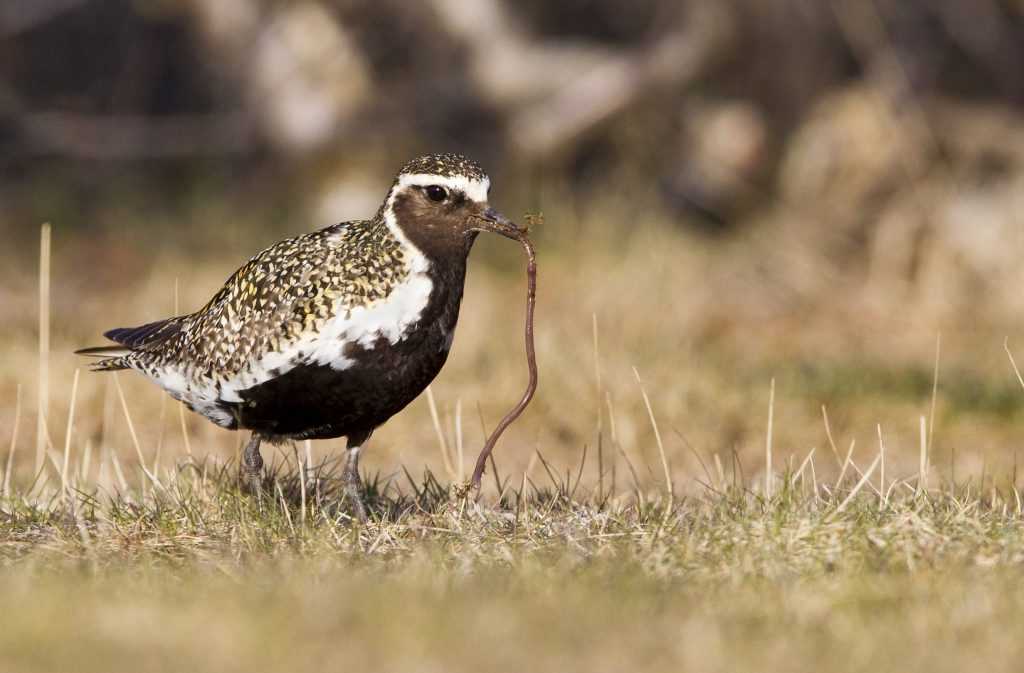 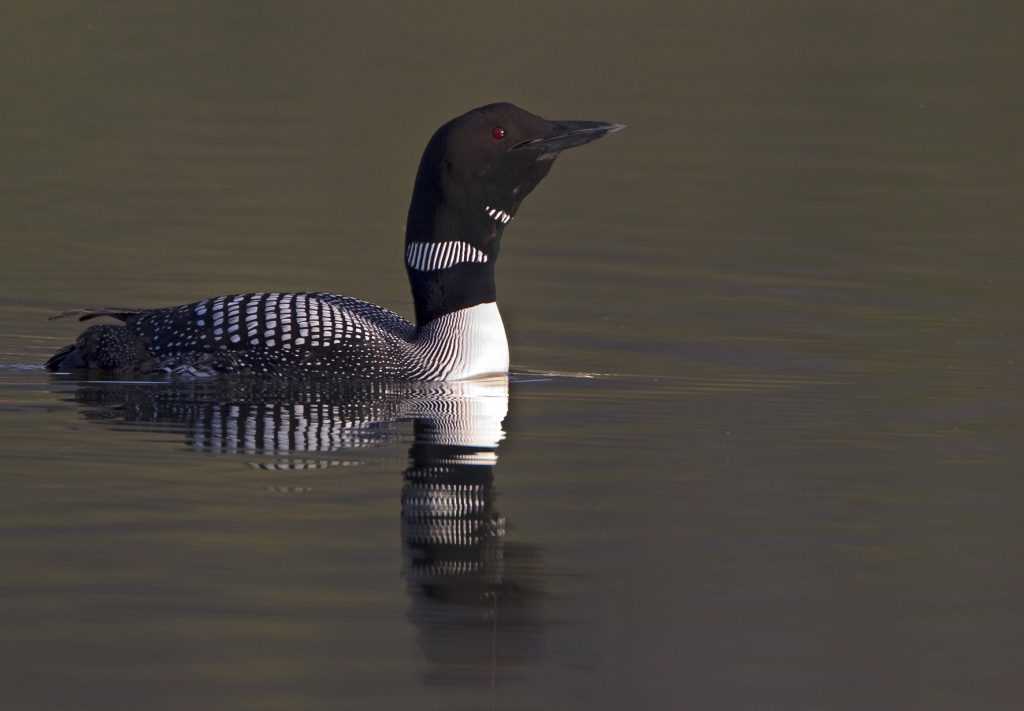