Iceland became a sovereign nation on December 1, 1918. The Danes recognised that we were a free state, but they would take care of foreign affairs, and the Danish king would continue to be the nation’s head of state. Iceland thus became an independent nation on June 17, 1944, while Denmark was occupied by the Germans. There were not many who celebrated the Icelandic sovereignty 103 years ago. It was not only freezing cold that day, but the whole winter was one of the coldest ever witnessed in Iceland. It was named “Frosaveturinn mikli” or “the Great Frosty Winter”. In late October 1918, when the Katla volcano was erupting, the Spanish flu arrived, a plague that killed over 500 Icelanders, half of them in Reykjavík. The epidemic peaked at the end of November and the beginning of December at a time when we should have been celebrating this significant milestone in the country’s history. 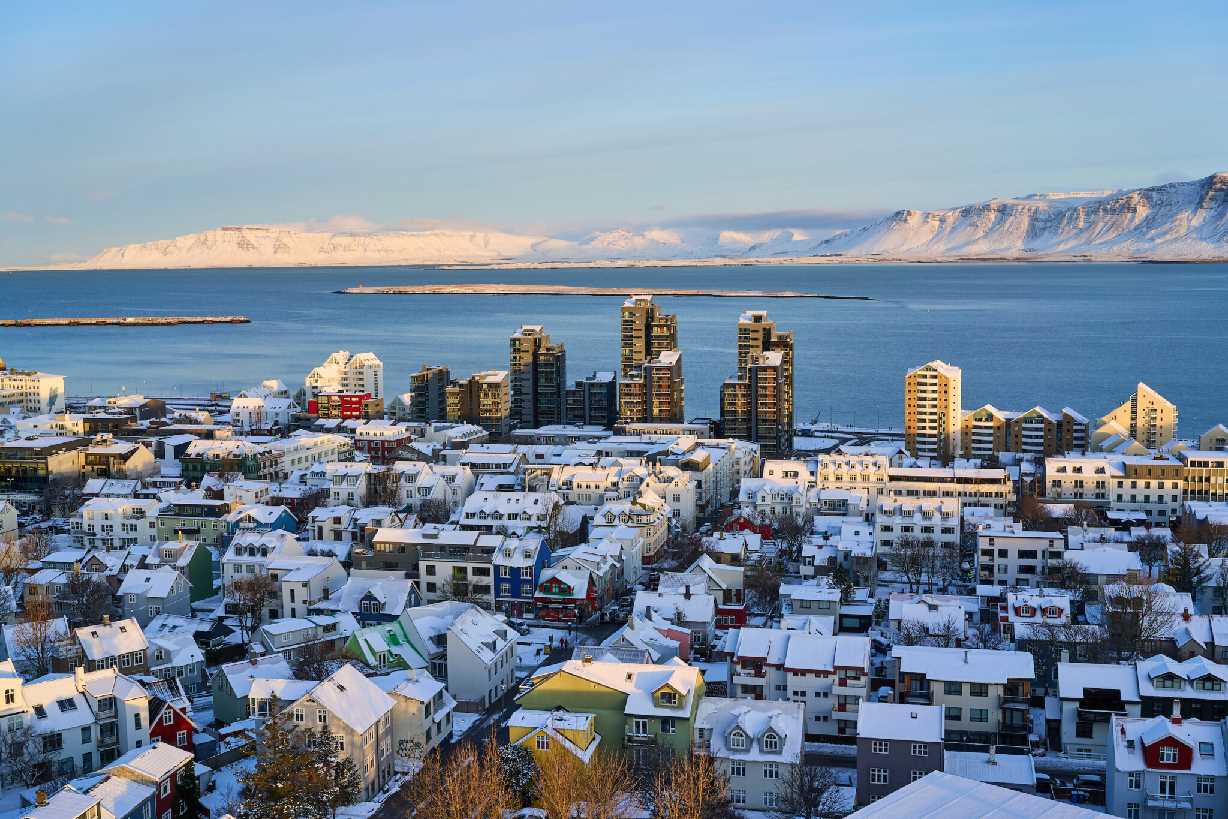 In 1918, the population of the capital area was about 18 thousand. Now it is more than 240 thousand. Here we look over Skuggahverfið to the north. Engey Island in the middle of the picture, Akrafjall on the left, Mount Esja on the right. 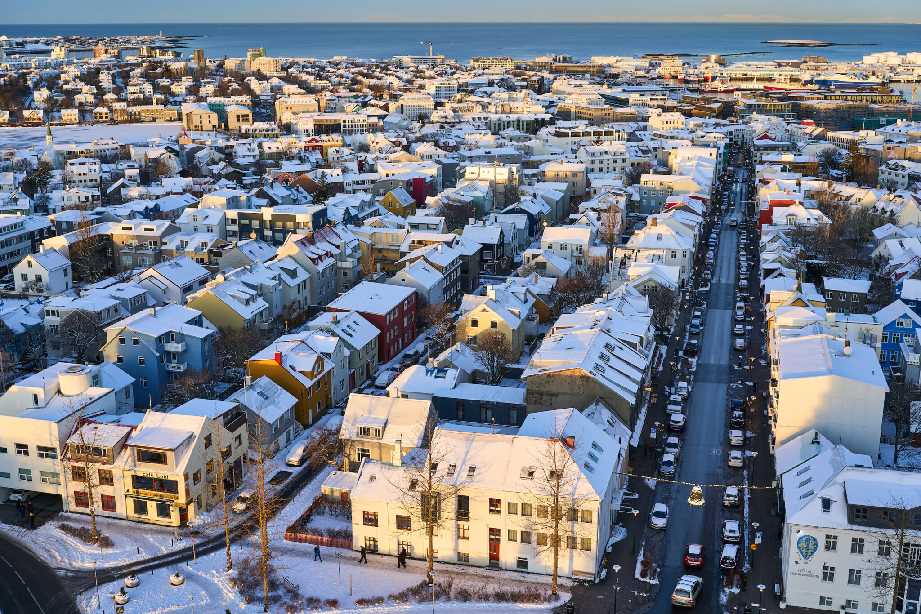 The ruling men in 1918 would not recognise the city centre today. Reykjavík was, in those days, just a small fishing village on the north side of Seltjarnarnes. The photo was taken this afternoon, looking west over the city centre from Hallgrímskirkja Church Tower.