Hrísey Island in the middle of Eyjarfjörður fjord is the second largest island off the coast of Iceland, 8 km² in size and one of five inhabitated islands around the country. The largest island off Iceland and by far the most populous is Heimaey, the largest of the Westman Islands. Heimaey is 13.4 km² in size and the population is 4,347. The third largest island is Hjörsey in Faxaflói, last inhabited more than half a century ago. The fourth largest island is Grímsey, which is the northernmost inhabited area in Iceland. About 50 people live there. The fifth largest island is Flatey in Skjálfandi, but settlement ceased on the island in 1967. Other islands that are still inhabited are Vigur in Ísafjarðardjúpur and Flatey in Breiðafjörður. On both of these islands, less than five people live all year round. 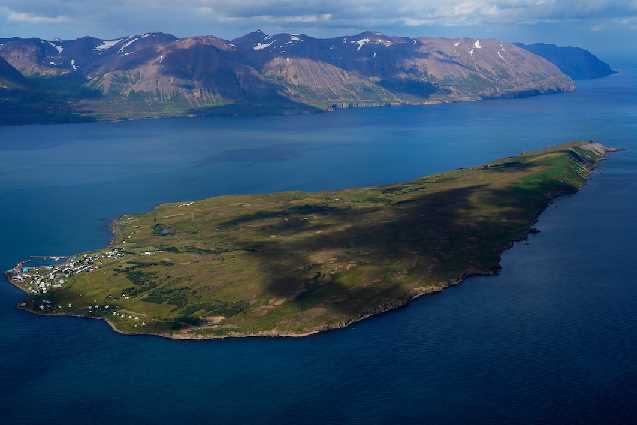