Kársnes, the heart of Kópavogur

Kársnes, the heart of Kópavogur

Kársnes is a peninsula that extends into Skerjafjörður between the bays of Kópavogur and Fossvogur. It is the oldest and westernmost part of the second-largest municipality in Iceland, Kópavogur. The town did not begin to be built until during and after World War II. On January 1, 1948, Kópavogur became a municipality, then with over a thousand inhabitants. Today 38,300 live in the town. In Kársnes, where the urbanisation began, you will find the leading cultural institutions of Kópavogur, the Kópavogur Art Museum Gerðarsafn, the Kópavogur Library and the Salurinn concert hall. The peninsula also has one of the country’s largest and best swimming pools, Kópavogslaug, and the newest Sky Lagoon, which opened in May this year. It is located on the westside of Kársnes, on a new landfill. A tourist pool in the best sense of the word. 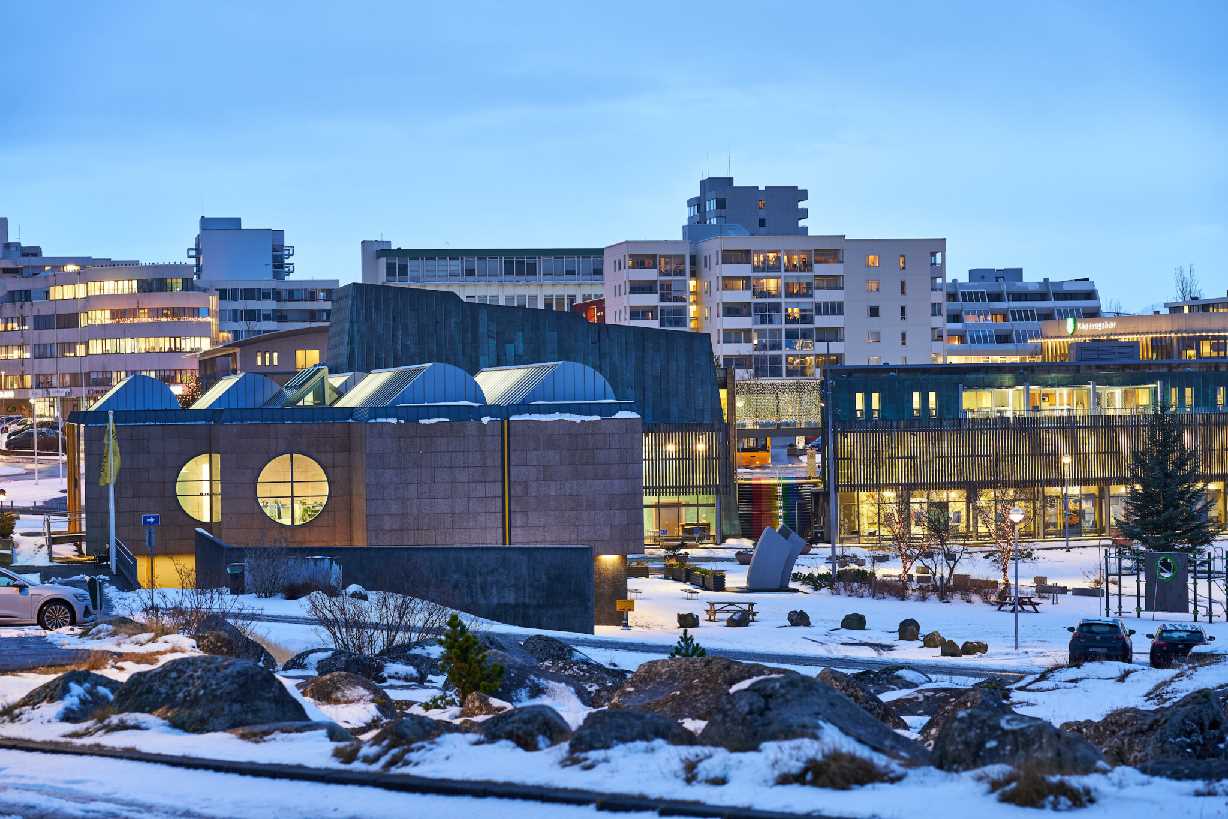 View from Kópavogur Church to Hamraborg. At the far left is Gerðarsafn. In the middle of the picture is the concert hall Salurinn, and to the right, Kópavogur Library. 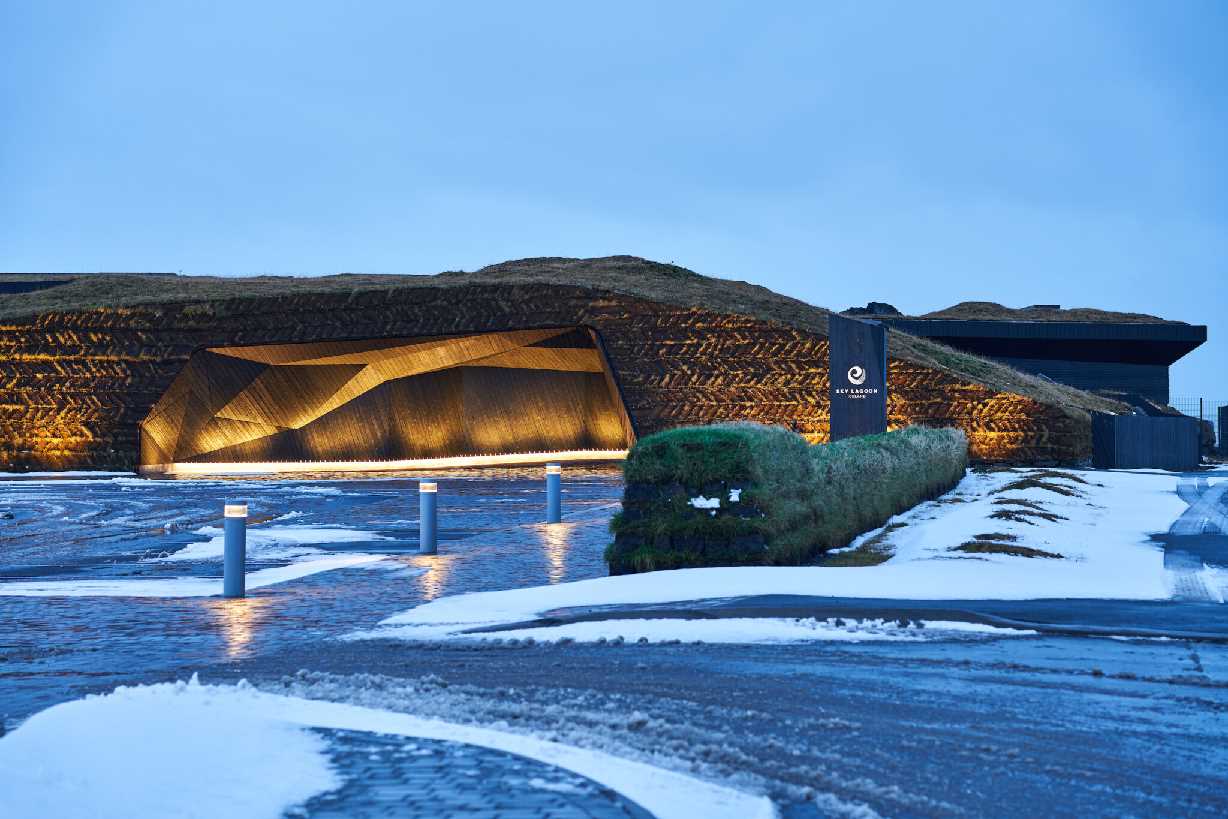 The entrance to Sky Lagoon, the health resort that cost 5 billion to design and build, is open every day from 12 to 22 and an hour longer on Fridays and Saturdays.