We in the Faroes have something which is in short supply in all cities: namely peace, timelessness and spontaneity.” Thus spoke Elin Heinesen, magazine editor, when in a lecture to Faroe business peo­ple she pointed at the opportuni­ties in tourism. For the Faroes are still such a virgin territory that the possibilities in tourism are far from exhausted.

Tourism in Faroe is an expand­ing area of business. Among the newest potential leaps forward are the acquision of Smyril Line’s new cruise ferry, a new Faroe air carri­er, new hotels in Tórshavn and other places and a new awareness of visitors hungry for adventure.

Over the past 5 years the num­ber of overnight stays at hotels has risen from 85.000 to l00.000, and more new hotels and hostels have sprung up.

The air traffic has recently increased by leaps and bounds, and in 2006 the national airline company, Atlantic Airways, got competition from a new Faroe pri­vate carrier, FaroeJet. There are flight connections between Faroe and Shetland, Scotland, London, Iceland, Norway and Denmark. By far the most take-offs are between Faroe and Denmark. About 180.000 passengers fly to and from Faroe every year. 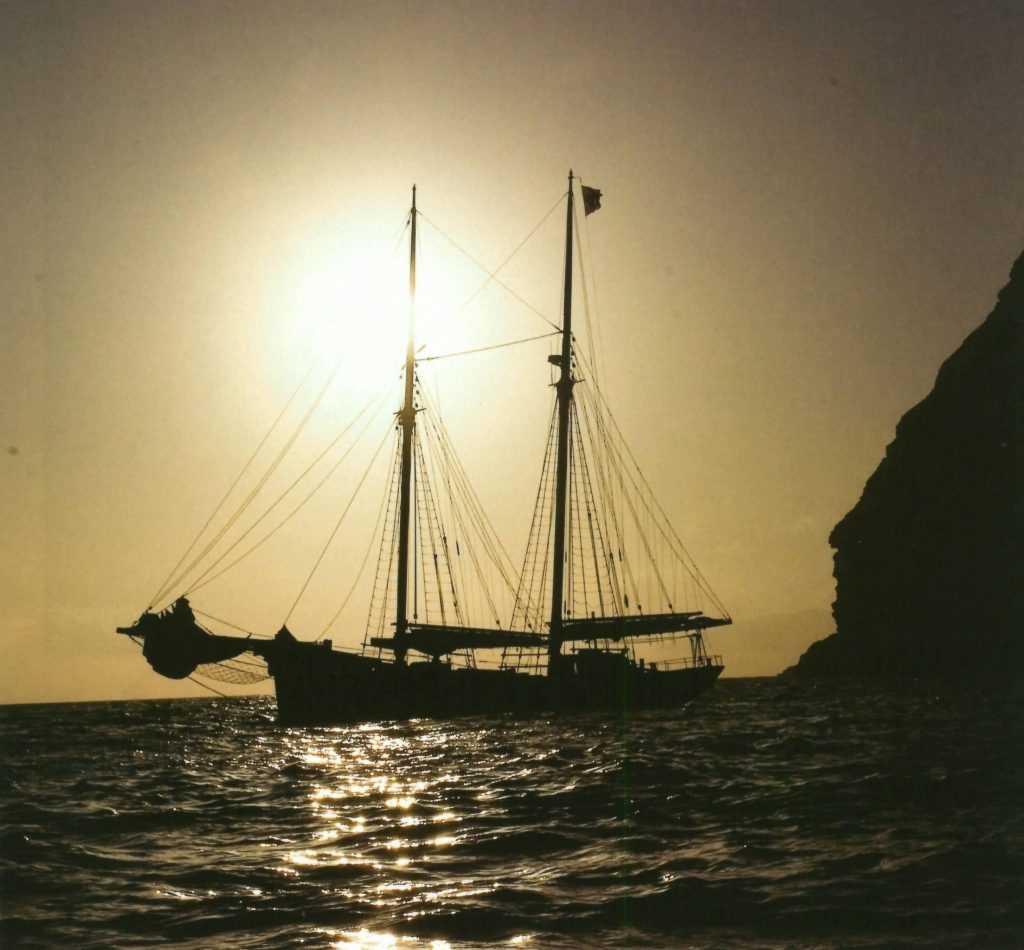 The shipping company, Smyril Line, acquired in 2003 a new cruise ferry replacing the old Norrøna, which had sailed between Faroe and its neighbours for 20 year. The new Norrøna has room for 1.400 passengers and 800 cars, and its plows the ocean between Norway, Faroe, Shetland, Denmark and Iceland. 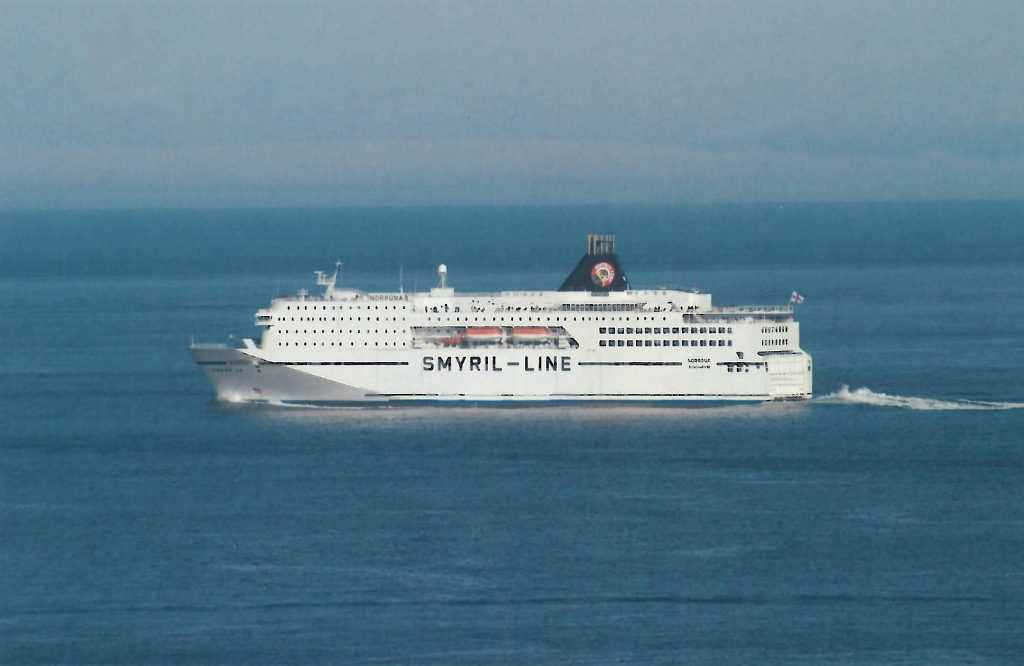 Cruise ships traversing the North Atlantic have increasingly berthed in the capital. In the summer of 2006 no less than 24.000 cruise passengers visited Tórshavn. 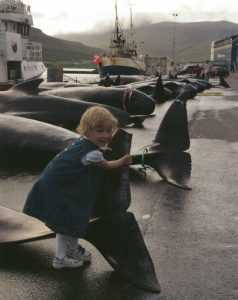 Sharks on the Hook

Many tour operators have until now banked on bus rides, moun­tain hikes, horse trekking and boat trips, where nature and tranquility may also be enjoyed. But adven­ture zealous travelers may now also get their kick in the Faroes. They can for instance enjoy the newest fishing competition called “Shark Atlantic” and undertaken in small, fast boats with a fishing rod, lines of thin steel wires with a hook at the end and all sorts of modern comfort onboard.

“Shark Atlantic” specifically implies the fearsome herring (…. ?) shark preying in the deep waters among the islands only a stone’s throw from the shore. This shark can easily grow to a length of 1—3 metres and a weight of 200- 400 pounds. The competition lasts for 6 months, and everyone who feels like testing their strength against a shark may take part.

The Faroe Tourist Board has also encouraged other deep sea angling, where participants may get out to fish with experienced Faroe fishermen, even for several days. Many of the operators use traditional Faroe boats especially designed for Faroe waters. The basic shape dates from the Viking ships and has been perfected through the ages into the small useful fishing boat.

Another newly begun thrill is a trip to the smallest of the Faroe Islands, Little “Dímun”, which in no way must be misread as a small challenge! One reaches the island by boat, and then the ascent begins. With a rope around the waist and an accom­panying warning — this is certain­ly not for people suffering from vertigo! But an experience for those who for an adrenalin kick hanker for that sinking feeling in the stomach. 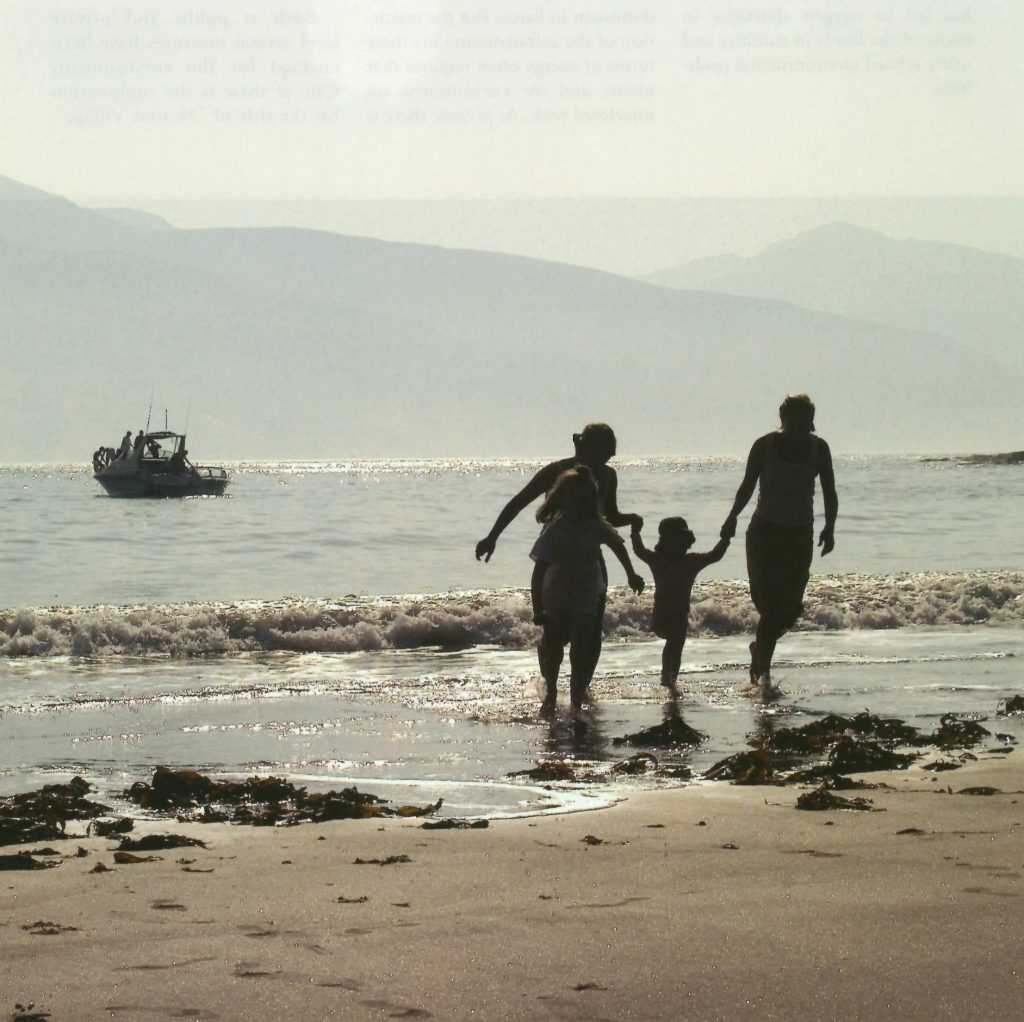 The Tourist Board has put much effort into using the Faroe nation­al football team for marketing. The matches against Scotland and Germany were a good starting point on those two markets, and we continue to invade these coun­tries, which may be the opponents of the Faroes in future internation­al competitions.

In addition to the new adven­ture thrills the Faroes still have their trade marks. The salutary tranquility. The forever changing weather. The wild green land­scape.

The tourist guides also stress the historic settlement of Kirkjubøur, where the unfinished Set. Magnus Cathedral from the 13th century stands, and where the King’s farmer’s family still lives in the old log cabin, which is thought to date right back to the 12th century. Then there are the Vestmanna bird cliffs, the monumental and precipitous cathedrals of rock on the west coast of Streymoy, which are high­lighted in international travel guides. The tour operators who arrange boat trips to the Vestmanna cliffs are also among the absolute success stories of Faroe tourism.

The Viking Heritage and the Music

The tourist industry has long fos­tered plans of utilizing the Viking heritage as part of the Faroe travel experience. By taking part in the cross-Atlantic Sagaland project it has found an introductory angle. The co-operation takes its point of entry in the Icelandic sagas, of which the Saga of the Faroese is also a part, and includes story­telling, archeological finds and historic sites. But also the more recent facets of Faroe culture are used in the marketing. The travel agency Green Gate Incoming is working on the sale of trips con­nected with the biggest Faro music event, the G!—Festival, which takes place in late July.

The Faroe tourist season is short. It lasts from May till September with by far the highest concentra­tion in July and August. But they are busy with a targeted effort to lengthen the season. One way is drawing attention to the good opportunities of holding confer­ences and meetings in Faroe. Besides having two four-starred hotels in Tórshavn there are now several ways of experiencing the unique elements of Faroe culture, food and other experiences — also outside the customary tourist sea­son.

The opportunities for Faroe tourism are so far only tested to a limited extent. If the success of attracting more visitors hinges on angling, history, football or music is too early yet to tell. But the nature and the tranquility of the Faroes will always play a major part, whatever else they are com­bined with to make a unique whole to suit any visitor’s most exquisite taste.