Mælifell in Mælifellssandur Desert is in the middle of the picture. Mælifell is a good landmark and can be seen from far away. Right next to the mountain is a stream called Brennivínskvísl Stream. Its name is considered a good reason to have a shot or two of Brennivín while resting tired bones before a continued journey. It is said that Brennvínskvísl got its name when Bishop Þorlákur went there with an entourage. When they arrived at the stream, the men dismounted, and Þorlákur picked up a small flask of Brennivín and said: “You see, boys, that the wine does not kill us on the mountain”. Then they all drank from the flask. It’s hard to travel across the Mælifellssandur Desert in the first half of the summer due to flooding. It is hardly passable until the middle of July. I was there on a trip with my friends in perfect weather and the state of the roads was optimal. However, we decided to drink coffee and have a fun chat instead of Brennivín when we arrived at Brennivínskvíls Stream. Photo Steini Píp 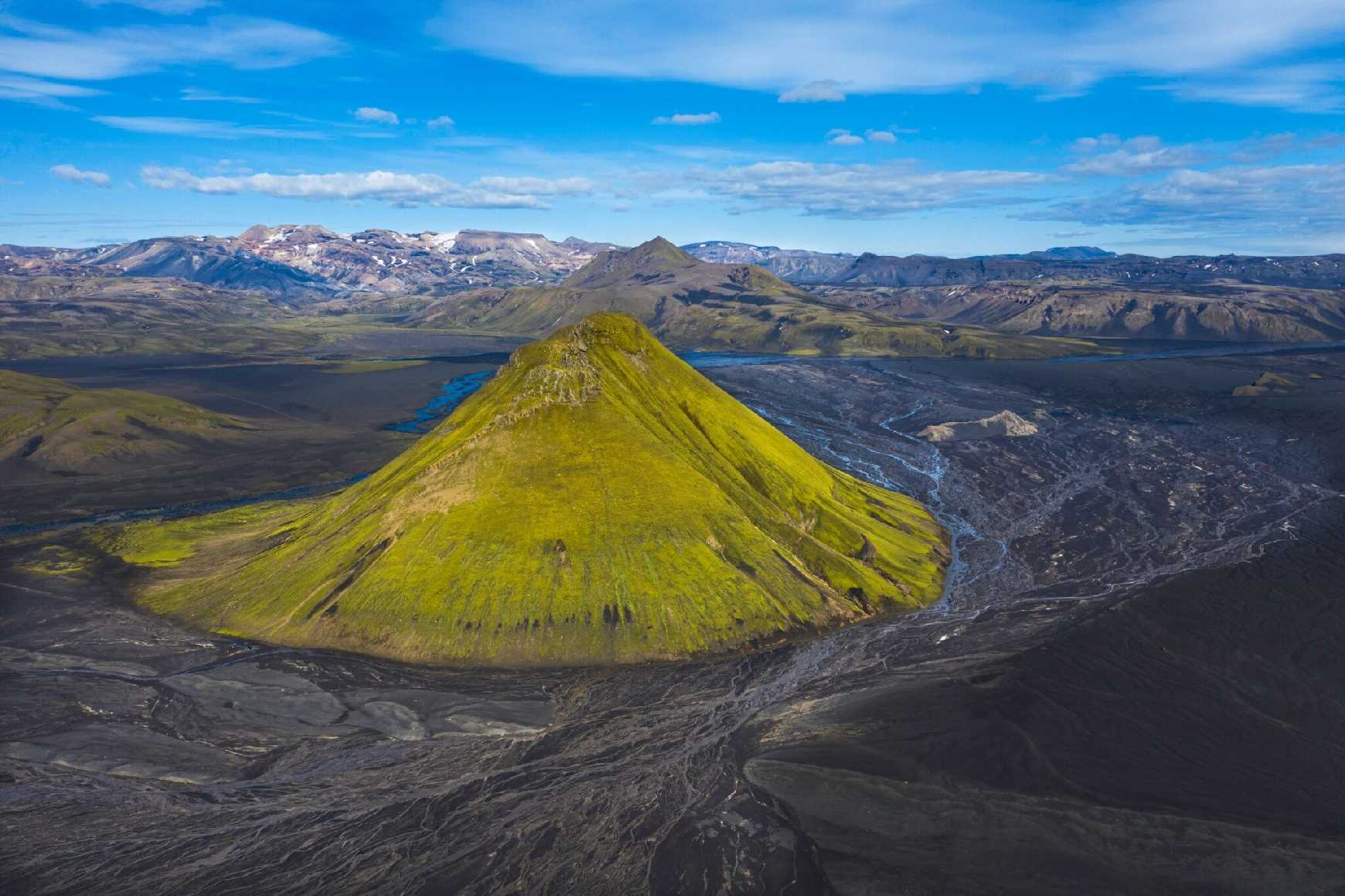