Wth a drone over Langisjór

This photo was taken with a drone over Langisjór, with the permission of Vatnajökull National Park. Up along the middle of the picture by Langasjór are Fögrufjöll mountains which end in the Vatnajökull Glacier. You can also see the Skaftá River flowing past Fögrufjöll. Farthest to the right on Vatnajökull Glacier, you can see Grímsfjall. To the left of the picture, there is a mountain range by the water. Breiðbakur towers the highest there, but it is possible to drive there. Next, Niðri- and Syðri- Hágöngur can be seen, which are prominent in many parts of the Highlands. Bárðarbunga can be seen in the picture. A plane named ‘Geysir’ was forced to had to make an emergency landing on the sloping top of the Vatnajökull Glacier. The story goes that the landing was so soft that the passengers did not feel anything and had no idea they had landed. My father was one of the rescued people, and he said that he lost 7 kilos during that trip. He also told me that there was gold in the plane he picked up. Later I got a pod camera found in Geysir; from then on, I started taking pictures.   Photo Steini Pip 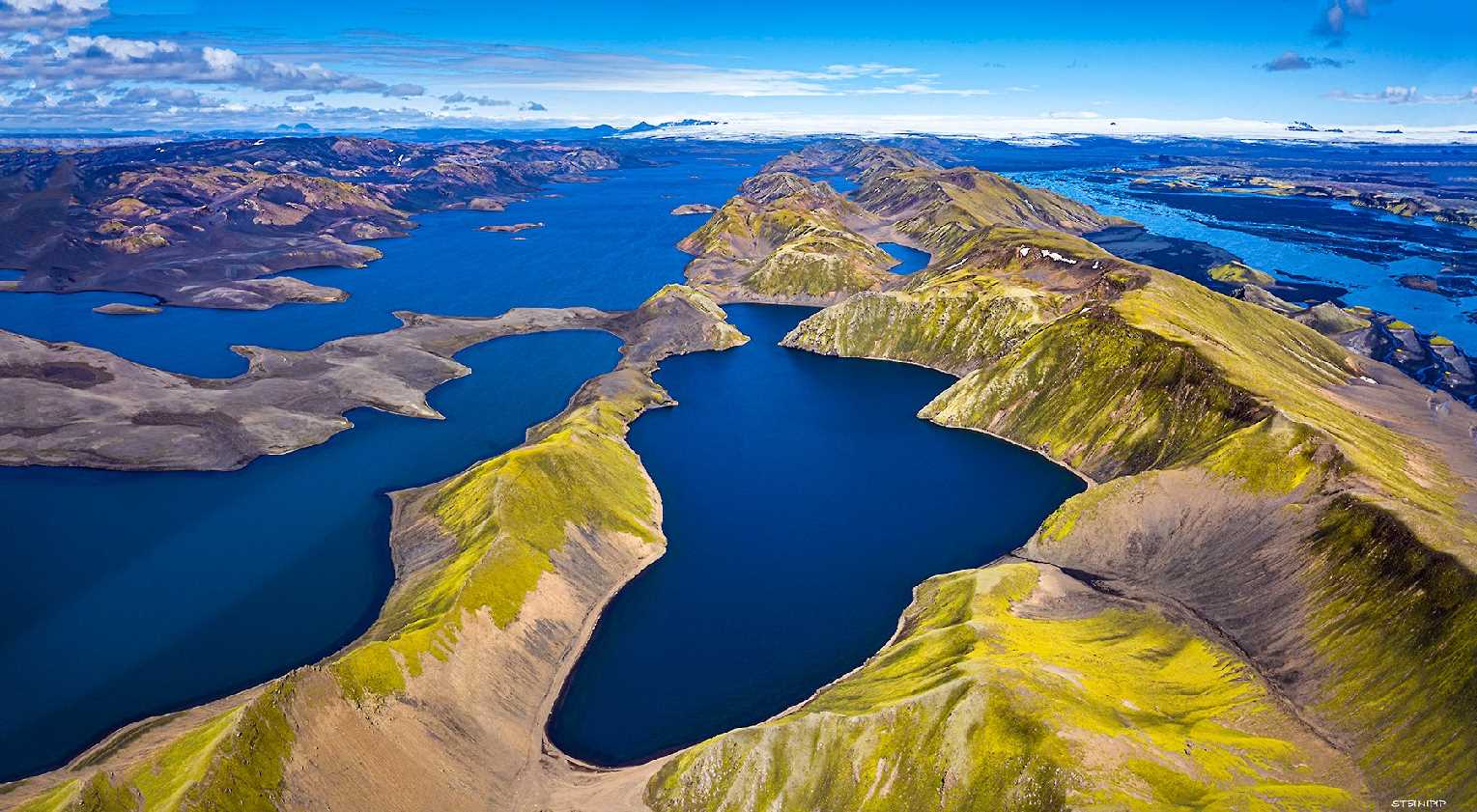