Fáskrúðsfjörður and its rich French heritage 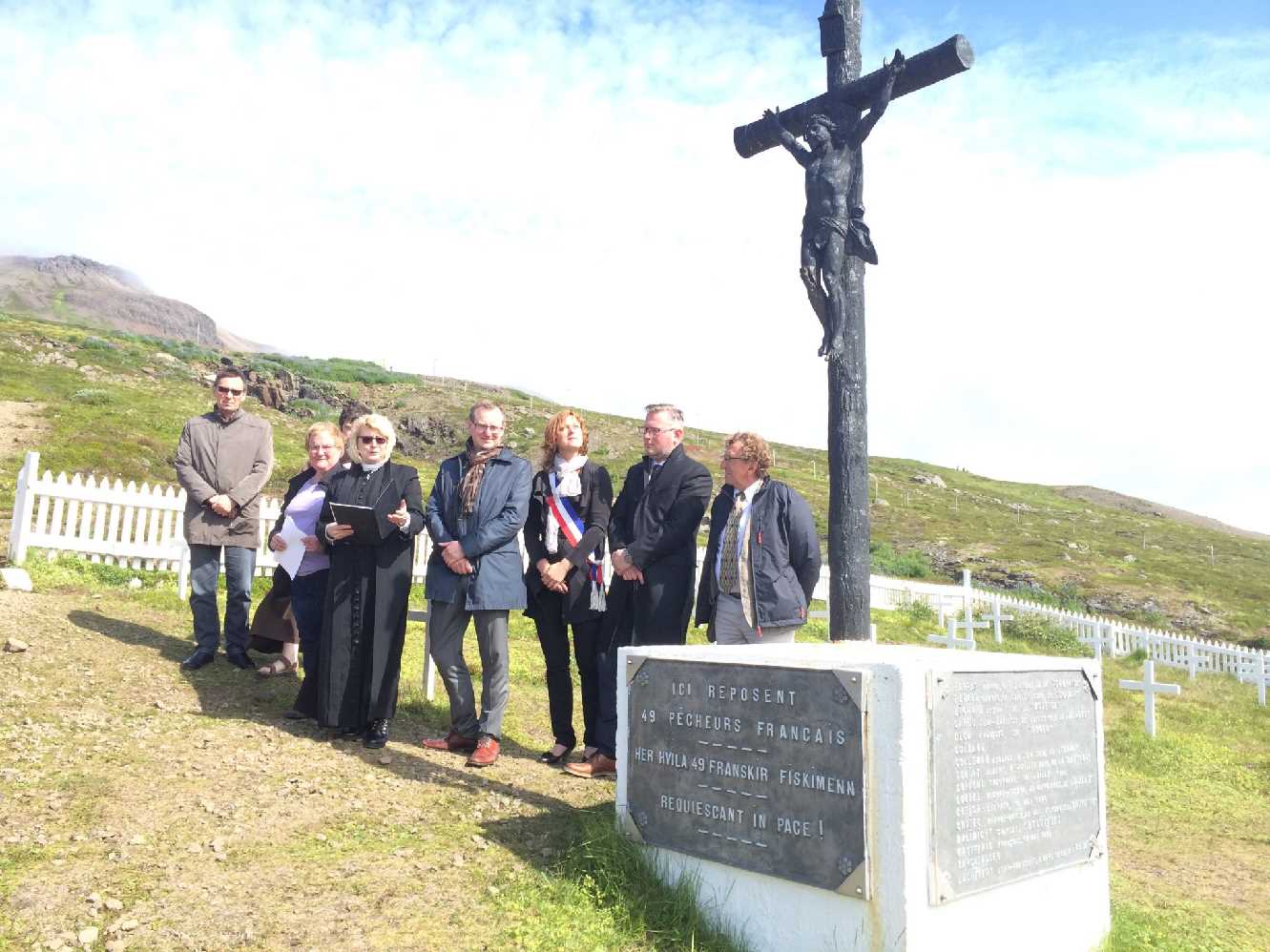 Fáskrúðsfjörður and its rich French heritage

In the early 16. Century the French started fishing cod in the rich Icelandic waters. They began modestly but each year through the Centuries the French set sail to Iceland from the coastal Atlantic villages and became important part in Dunkerque where it started and later Paimpol and Gravelines. From the mid-19th Century the French maintained a station in Iceland at the tiny village of Fáskrúðsfjörður. By that time some 200-300 vessels set sail to the High North and many never made it back. 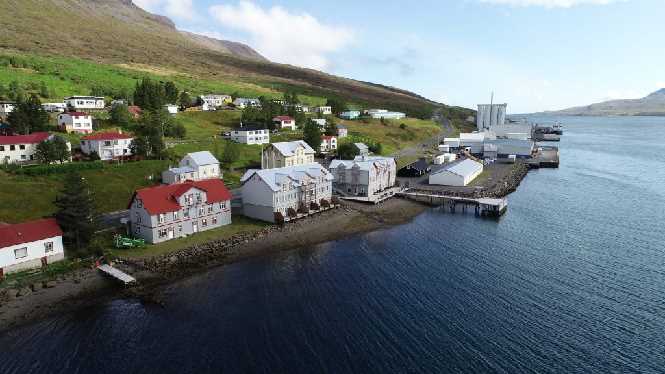 It is estimated that up to 400 ships were lost along with up to 5.000 seamen. It’s a story of bravery and tragedy. The French state built a hospital at Fáskrúðsfjörður in 1903, at that time the biggest and the most modern hospital in Iceland. They also built a chapel and a graveyard. So many fishermen paid the ultimate prize and their plight touched the French nation. World War I brought a rather abrupt end to the French setting sails to Icelandic waters and by The Great Depression in 1930 it had totally ceased. 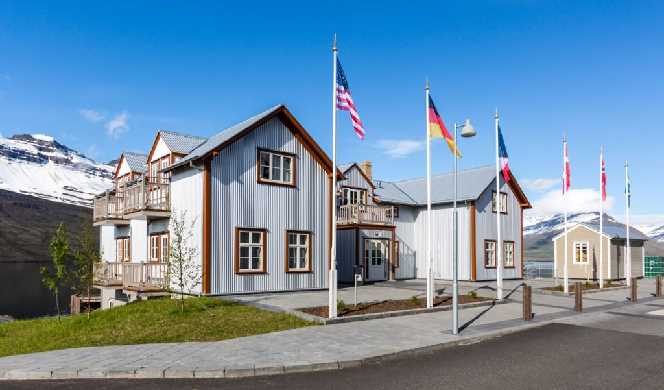 The shelter – l’Abri – of modern times
The story lives on in both countries. At Fáskrúðsfjörður tribute is paid to the French heroes who gave their lives in Icelandic waters to bring cod back to France. The French hospital has been rebuilt and down by the French graveyard, a monument has been erected in honour of the heroes of the sea who were subjected to hard work, dampness and cold, not to mention the endless disasters as the sailing ships perished and seamen drowned in the volatile Atlantic. 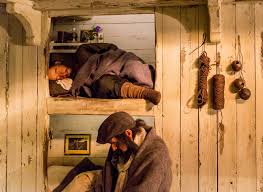 The thriving town of Fjarðabyggð
Fáskrúðsfjörður inhabitants are now 750 and the village is apart of Fjarðabyggð; a thriving town located in eastern Iceland established in 1998 with the successful merger of former municipalities of the East fjords. The towns of Fjarðabyggð are Eskifjörður, Neskaupsstaður, Reyðarfjörður, Stöðvarfjörður, Fáskrúðsfjörður, Breiðdalsvík and Mjóifjörður with some 5.000 inhabitants.
The towns of the East were united to bring to Iceland Alcoa‘s Aluminium Smelter producing the green metal to make our cars lighter and airplanes fly; certainly one the most modern and technical advanced smelter in the world exporting some 10% of Iceland‘s total GDP. As a result the Eastern Towns have gone into growth after decades of decline with the traditional fishing industry being strong as ever and of great importance to the Icelandic Economy as well as thriving tourism. 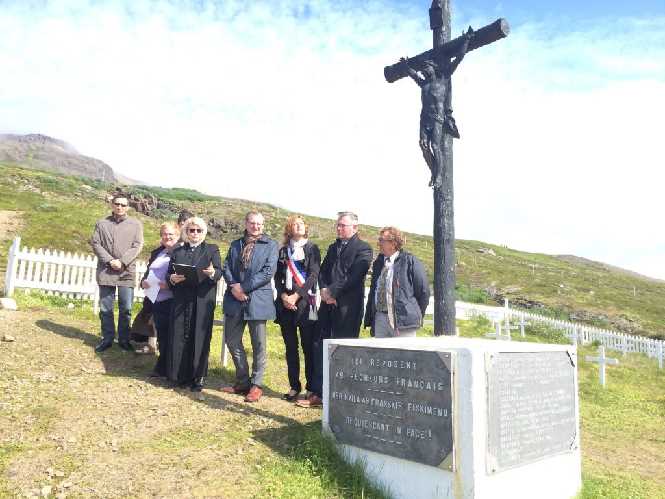 The Celts and African Pirates
Fáskrúðsfjörður is a small fjord south to the huge Reyðarfjörður Bay, Iceland’s biggest where the three traditionally “big” towns of Eskifjörður, Neskaupstaður and Reyðarfjörður are located. The renovation of the French heritage buildings, one of the largest historical restoration outside the Reykjavík area, was finished in the summer of 2014. The five French buildings play a substantial role in local culture and society at Fáskrúðsfjörður.
The French Hospital, for example, now serves as a hotel with the restaurant l’Abri – The Shelter – on the ground floor. The Chapel is the only building that still maintains its original role and is open for guests of the museum. The old hospital serves as a truly beautiful hotel and a museum dedicated to the rich French heritage.
There are also tales of attack by North African pirates back in 1627 at Fáskrúðsfjörður and also nearby Stöðvarfjörður. Fáskrúðsfjörður gets its name from a magnificent island, Skrúður, from another millenium before the Norse settlments in the 8th Century when the Celts were prominent in Iceland. Some theorise that the Gealic name of the Island was Fasruth, the sea-current island, which would fit with the hazardous waters nearby. 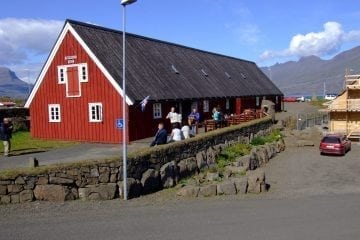