History, Nature, Geology and more in a day with Gray Line Iceland

When time is limited and there is so much to see, it takes a special tour to comfortably cover a lot of ground without pressure. With many years experience, Gray Line Iceland has put together a tour that hits just the right balance. 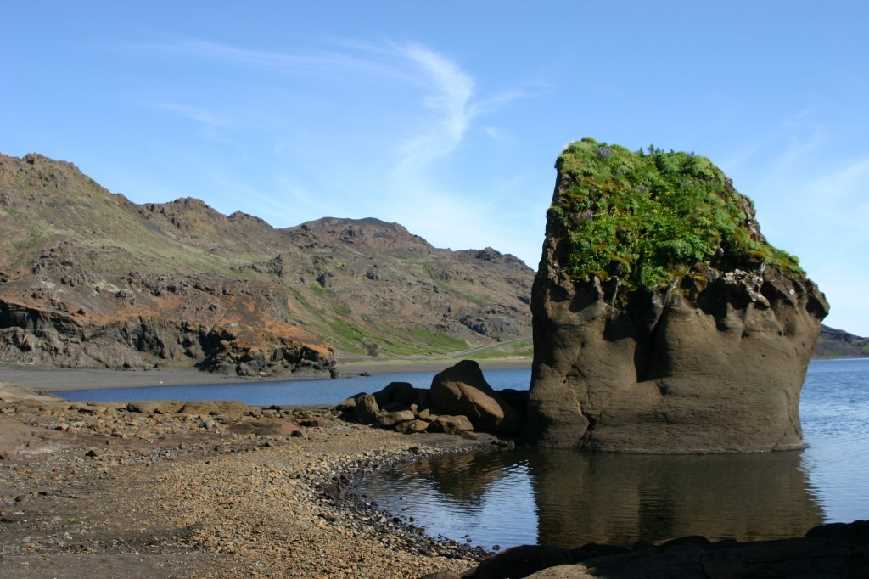 The day begins with a pick-up from your hotel at about 7:30 am. The comfortable coach heads north up the road circling the country, passing the Esja mountain range. When it reaches Hvalfjörður or ‘Whale Fjord’, unlike the majority of traffic that goes through the tunnel to reach the far side, the tour goes around it. There is a lot of history attached to this fjord from being a gathering spot for convoys in the 2nd World War to its earlier use as a whaling station. The station is still in use today and the tour stops there to get a better appreciation of its background. 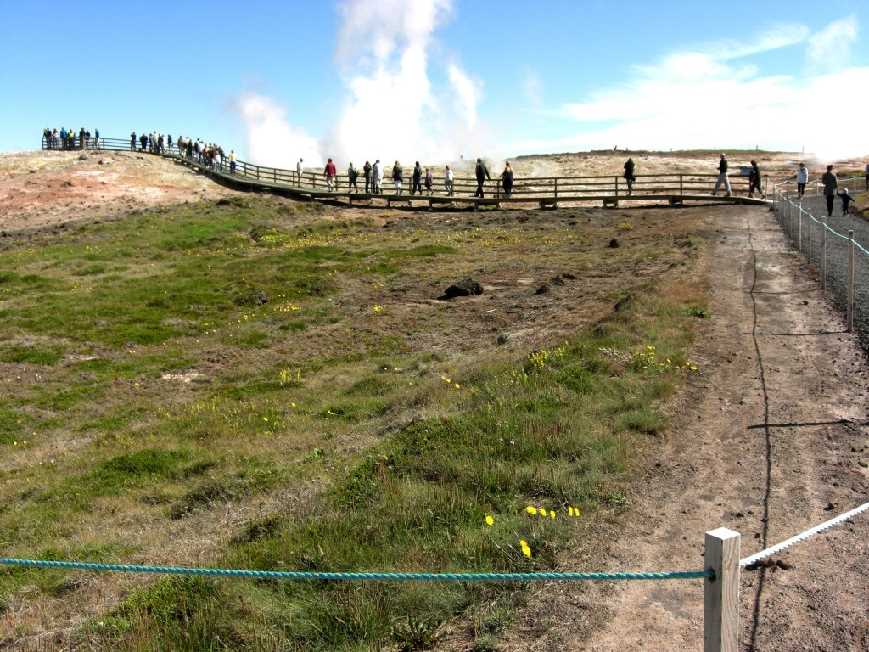 The Settlement, blood and poems

Driving through the ever changing countryside with its stark mountains, verdant pastures and glittering, island-filled fjords brings you to Borgarfjörður and across the causeway, with its spectacular view up the valley to the highlands, to the town of Borgarnes and the Settlement Centre. The Centre won TripAdvisor’s Certificate of Excellence and the presentations of the settlement of Iceland and of the famous warrior-poet, Egill Skallagrímsson, justify it.

Lunch with the trolls

You have a little while to digest all you’ve experienced on your way to meet the trolls at Fossatún. This region is known for it’s Huldafólk, or Hidden People, of whom the trolls must be the ugliest! 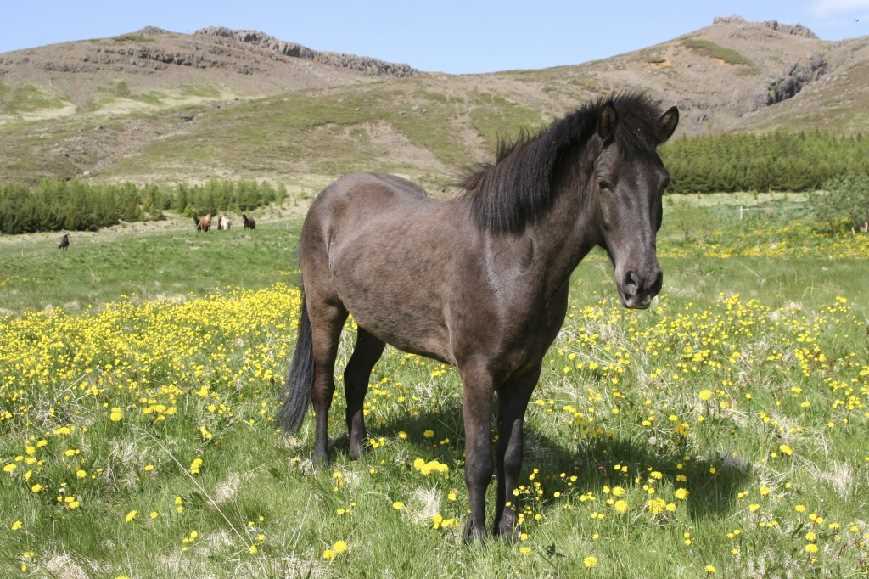 The history continues in Reykholt, the former home of Snorri Sturluson, whose impact on the way history was recorded was felt all across Europe. Snorrastofa is a respected academic centre and treasury of this part of medieval writing. Visiting the exhibition is a fascinating trip back to an earlier world. Attached to it is Reykholt church, well known for its performances and beautiful design. 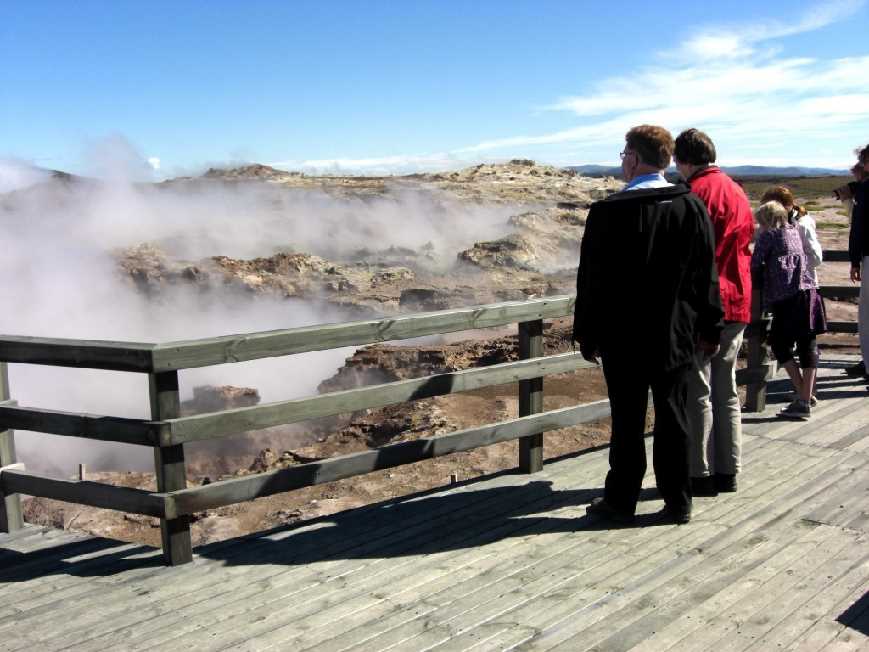 From dale to highland glacier

Back to nature, the tour takes in the geothermal area at Deildartunguhver and then the waterfalls at Barnafoss and Hraunfossar. Langjökull glacier is a sight worth visiting and a walk on the highland glacier is quite an experience, whatever the weather. To get to it, the coach has to navigate the Kaldidalur pass.
Nature in Iceland is so varied, changing dramatically every few miles, as these stops show. You might want to bring extra camera batteries and storage cards, with so many photo opportunities—but we still have a way to go still. 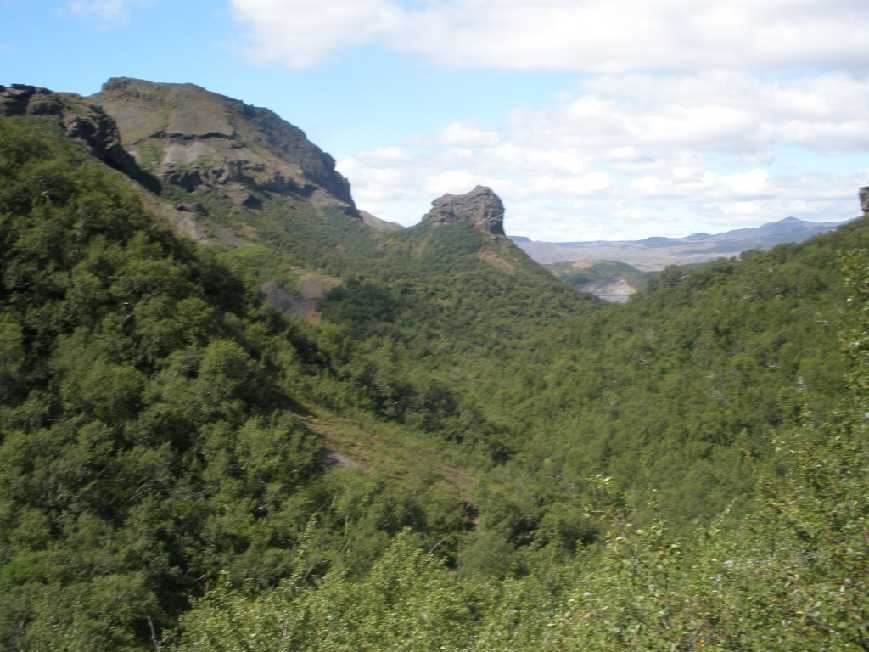 A mix of nature, geology and history is next up at the Þingvellir National Park. A fault line passes right through Iceland and this is a good place to see the tectonic plates tearing apart. Today, it is a popular camping spot but its history goes back to the early days of the Settlement, when the Vikings redirected the Öxará river that pours over the rugged cliff face and set up the Alþing around 930 AD—now known as the world’s longest running parliament. The guide brings the past to life in your imagination and you can almost see the great assembly of settlers from all over the land debating, making laws and settling disputes.
The Park was made a protected area in 1930 and is on the list of World Heritage sites. 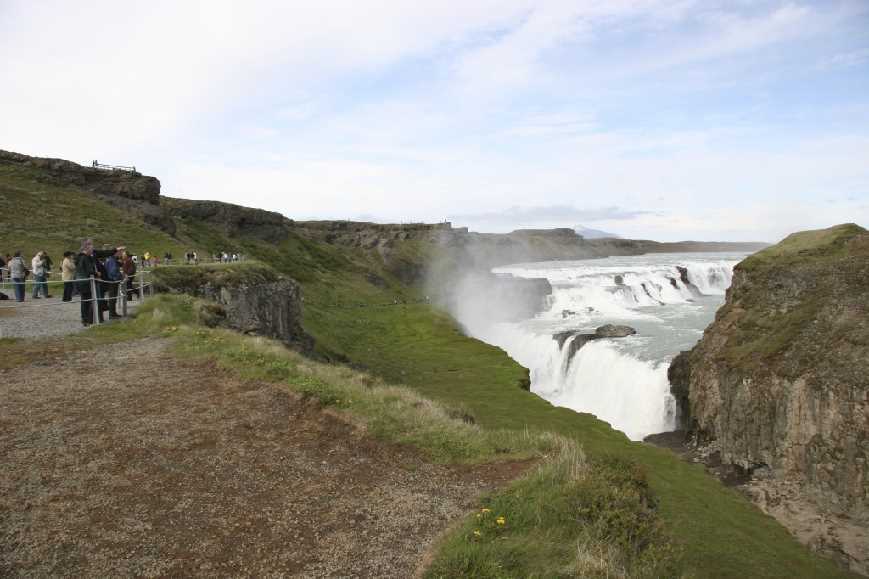 The Golden Circle in the evening

Þingvellir is one of the sites on the famous Golden Circle and the tour now joins the Evening tour and moves on to the powerful Gullfoss waterfall, where rainbows can frequently be seen over the fall, adding to its beauty in the twilight sunshine. No visit to Iceland would be complete without a visit to the spectacular hot spring steam eruptions in the geothermal area at Geysir. Whilst the original Geysir erupts rarely these days, its sister, Strokkur erupts every few minutes in a 15-40m high column.
This tour provides such a broad perspective of some of Iceland’s key features that you may be tempted to think you’d seen everything. That’s far from the case. You’ve just scratched the surface—though quite a deep scratch that will leave you wanting to see what else this country has to offer.