A Form of Dance

Ásrun Kristjánsdóttir now exhibits works she has painted in the last two years. In them we can see a reflection of the geometric formalism that still was a major influence on painting when she was taking her first steps in art at the Icelandic College of Art and Crafts and when she continued her studies at Kostfackskolan in Stockholm in the 1970s. The paintings are play on simple shapes, small squares and rectangles that line up on the canvas in loose lines and clusters, seem to merge to create larger forms that seem to shift and move across the field. The colour scale is sometimes narrow with only small nuances of hue or light to enliven the composition but sometimes Ásrún makes a bolder play, provoking us with bright, unexpected colours that clash and seem about to jump off the canvas. If the former approach is like a stately Minuet, then the latter, more colourful paintings can be compared to a wild Charleston. 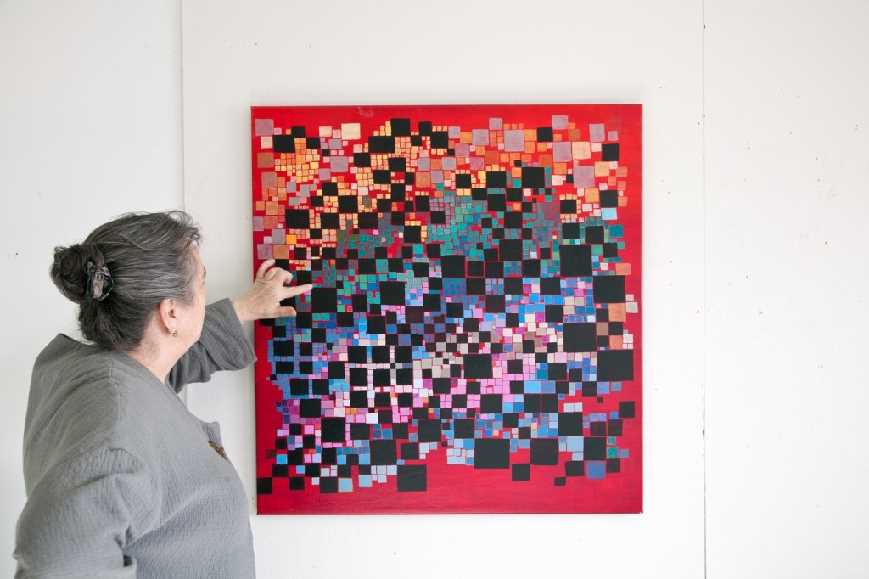 After Ásrún finished her studies in Stockholm in 1976 she, along with several other artists, operated the artist-run galleries Sólon Islandus, Langbrók and Gangskör that were prominent exhibition venues in the late 1970s and early 1980s. At that time Ásrún worked mostly in textiles and silk printing and she has long worked, alongside her art, as a designer and has been an active promoter of design and designers in Iceland. A few years ago she decided to concentrate on painting again. Perhaps this was in some way a return to her time as a student and the visual research that informed so many artists and art teachers at the time – a disciplined and somewhat formalist exploration of form and colours that influenced not only artists but also most designers. When Ásrún showed her paintings in 2013 we saw that she had probably never abandoned this line of research and her pictures were, like the paintings she now exhibits, based on simple forms and lively experiments with colour. They also revealed the designer’s touch or, rather, the designer’s working method and the unceasing search for simple but effective solutions, the constant honing and shaping of the subject matter. 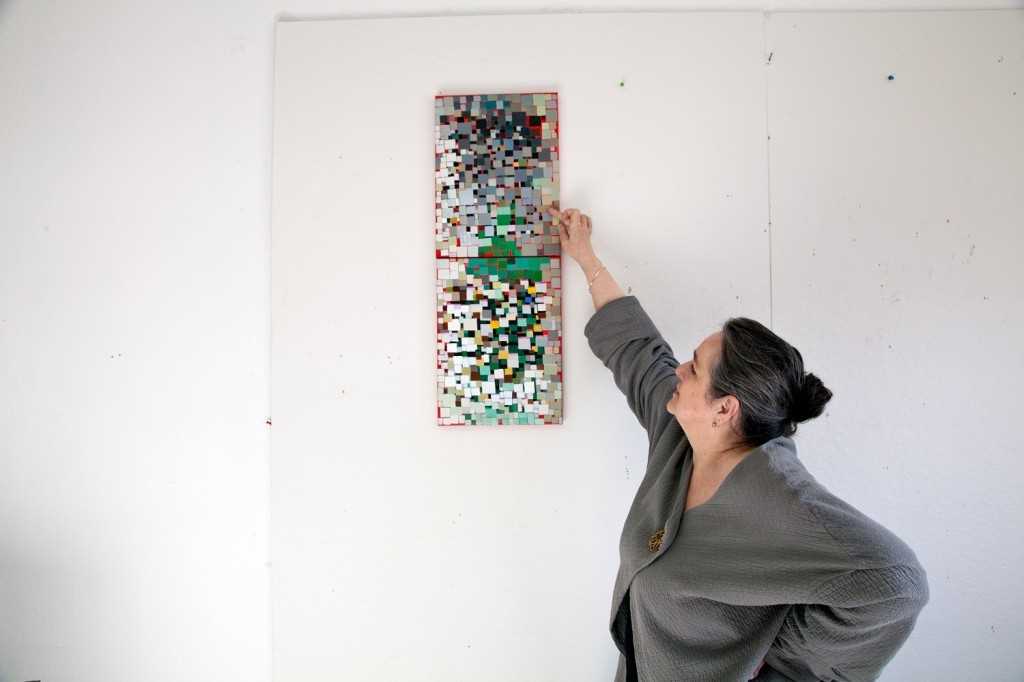 The work the Ásrún now exhibits is well-honed indeed but at the same time they seem more playful than the earlier ones, most likely because she has developed a much surer and independent approach in the handling of both form and colour. Each painting is fuller and more complete. They stand apart more clearly and flow and movement in them is freer and more consistent than before. We see that in the right hands this old but perennial approach of the formalists can come to life and speak to us now, just as forcefully as it did forty years ago.