Editorial
Alþingishúsið (The Parliament House) is a classical 19th century structure which stands by Austurvöllur in central Reykjavík, Iceland. It houses Alþingi, the Icelandic parliament. The building was designed by Danish architect Ferdinand Meldahl and built using hewn dolerite during 1880 to 1881.

Alþingishúsið (The Parliament House) is a classical 19th century structure which stands by Austurvöllur in central Reykjavík, Iceland. It houses Alþingi, the Icelandic parliament. The building was designed by Danish architect Ferdinand Meldahl and built using hewn dolerite during 1880 to 1881.

One of the world’s smaller capitals, Reykjavik is surrounded by the towns of Seltjarnarnes, Kópavogur, Garðabær, Álftanes (where the President lives), Hafnarfjörður and the country town of Mosfellsbær, combining to make up the Greater Reykjavik area.

Höfði is a house in northern Reykjavík, the capital city of Iceland, built in 1909. Höfði is located at Félagstún. Initially, it was built for the French consul Jean-Paul Brillouin in Iceland and was the exclusive residence of poet and businessman Einar Benediktsson (1864-1940) for many years. It is best known as the location for the 1986 Reykjavík Summit meeting of presidents Ronald Reagan of the United States and Mikhail Gorbachev of the Union of Soviet Socialist Republics. That effectively was a step to the end of the Cold War. Within the building the flags of the United States and the Soviet Union are cross-hung to commemorate the meeting

It is also one of Europe’s youngest capitals. Founded by the first permanent Viking settler in the 900s, Ingólfur Arnarson, it has grown from a handful of houses a few centuries ago to a compact and thriving metropolis.

The National Museum holds the history of the nation, while the National Library, just opposite it, has the nation’s books and records. There are many art galleries and museums throughout the area and the new concert hall complex by Reykjavik’s harbour, Harpa, has a full programme each month.

The Pond in Reykjavík – Iceland

Innovation and inspiration play a major role in the city’s life. From here, visitors can reach the whole country. The countryside is always very close by. Activities such as tours, whale- or bird-watching, fishing, swimming, hiking, biking and horse-riding are very popular. There’s even ice skating. 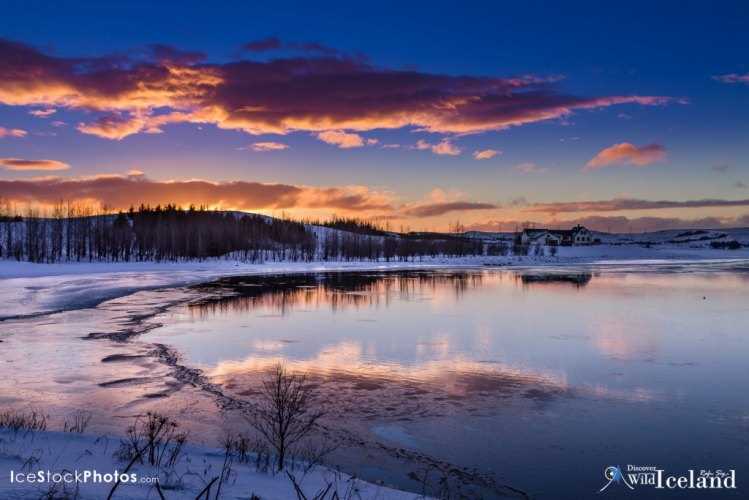 Sunset at the lake Elliðavatn near Reykjavík

On weekends especially, the city is filled with nightlife that continues till morning. There are plenty of pubs and restaurants with both genuine Icelandic food and international cuisines.
So you never need to go hungry. From youth hostel to guesthouses and hotels, there’s accommodation for every budget. 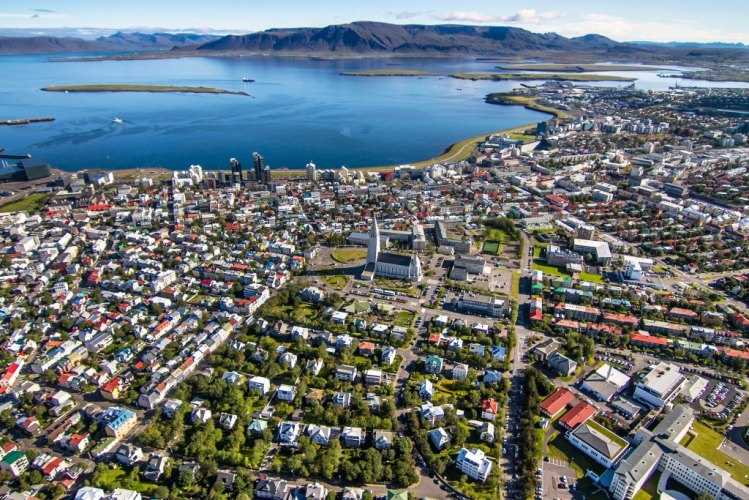 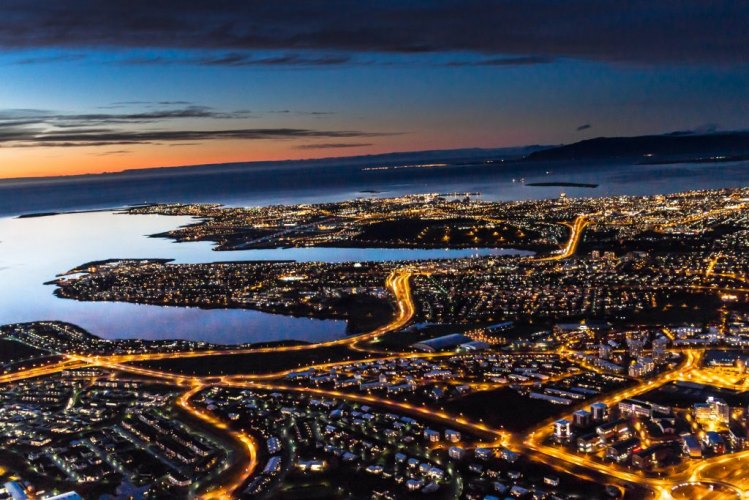 Reykjavík by night and from air